Charity Gala in aid of The Robert Grace Trust 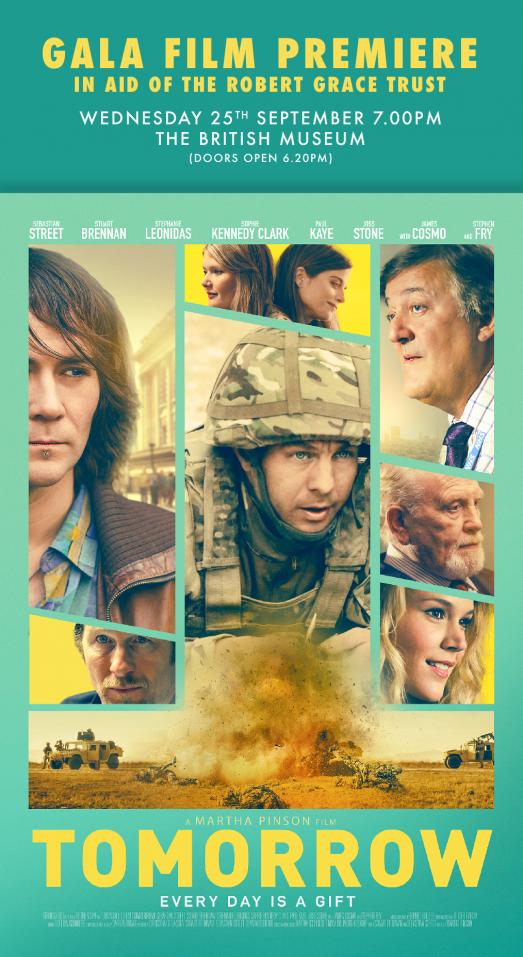 Tickets are £30 which includes free drinks and canapés. There will also be a Q&A with director and cast members after the screening.

TOMORROW is a story of how friendship, love and courage can overcome great odds.

Injured by an IED in Afghanistan, Tesla has returned home to London, but it doesn't feel like home anymore. Suffering from PTSD (post-traumatic stress disorder), with no friends or family, he is alone with his regrets and a very bleak horizon.That is, until the universe conspires to help him with an unlikely friendship. The charming and larger than life Sky bounds into Tesla's world, quickly proving that friendship can be a great healer

Joy, enthusiasm and hope prove infectious and soon Tesla, not only finds meaning but also, a job and a girlfriend.However, Sky is hiding a secret and it's catching up with him fast. Even a metropolis can be a lonely place if you're hiding from your problems.
Sometimes the hardest battles are fought at home and the only way out, is to let others in.