Located in Paris' historic and cultural area, the Marais is full of unusual and trendy shops you will never find anywhere else. Photography lovers, you won't be disappointed. 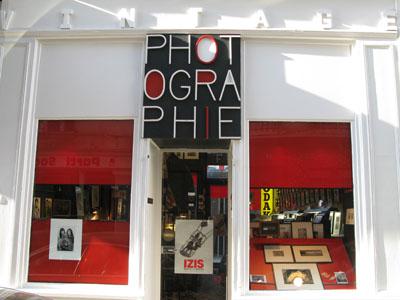 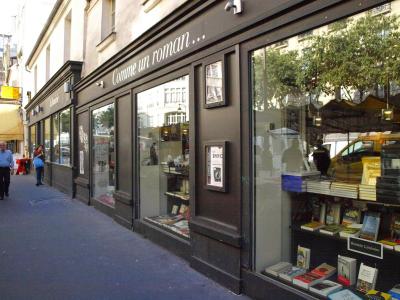 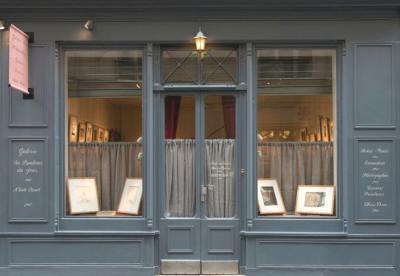 Author John Baxter had always dismissed the historic Paris district as a tourist haunt. But then his daughter introduced him to a world of vintage stores, vibrant cafés and gay bakeries

First published by The Observer, updated and republished with the author’s permission. 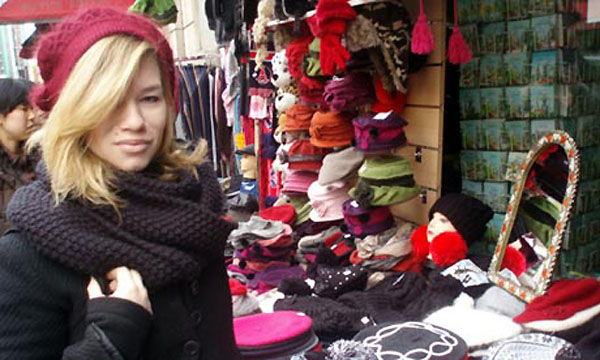 The author's daughter Louise tries on a new beret in one of the Marais's many vintage and designer clothes shops. Photograph: John Baxter

As a citizen of Paris for more than 20 years, I do a lot of walking – still the best way to experience this most dense and intensely tactile of cities. But little of my walking takes place in the Marais. Faced with those narrow lanes, usually solid with tourists, and, at night and weekends, mobs blocking the sidewalks outside gay hook-up spots such as L'Open or Cox, I detour. Besides, what's to see? Like Soho to Londoners, Washington Square to New Yorkers and the Royal Mile to the people of Edinburgh, the Marais is mainly a place to take out-of-towners; one more sight, like the Eiffel Tower and the Arc de Triomphe, to tick off the list.

So it surprised me when our 21-year-old daughter Louise, back from London for the holidays, mentioned she was going hunting fripes – vintage clothes – in the Marais. "Isn't it a bit vieux jeux?" "Some of my favourite jeux are vieux," she said, and in return for lunch offered to show me a Marais more branché – switched on – than the one I knew.

"Looks just the same to me," I grumbled as we bucked the pedestrian traffic on Rue du Renard, the unlovely street that runs along the back of the Pompidou Centre, and marks the western border of the Marais. "You think? See across the road?" From a wall in tiny Place Igor-Stravinsky, a white face six storeys high rolled its eyes at me and held a finger to enormous lips. Who put that there? I crossed to check. Another work by the street artist Jean-François Perroy, aka "Jef Aérosol".

Painted last summer, "Chuuuttt!" ("Ssshh!") is too new for the guide books. But guides have never meant much in the Marais. Hot spots shift by the week, and businesses are lucky to last a season. Pausing at a hat shop, Louise tried on a gaudy cerise beret from a display spilling on to the pavement. I looked for a name, but the place was so new they still hadn't painted out the signage of the previous owner, a Proxi mini-market. 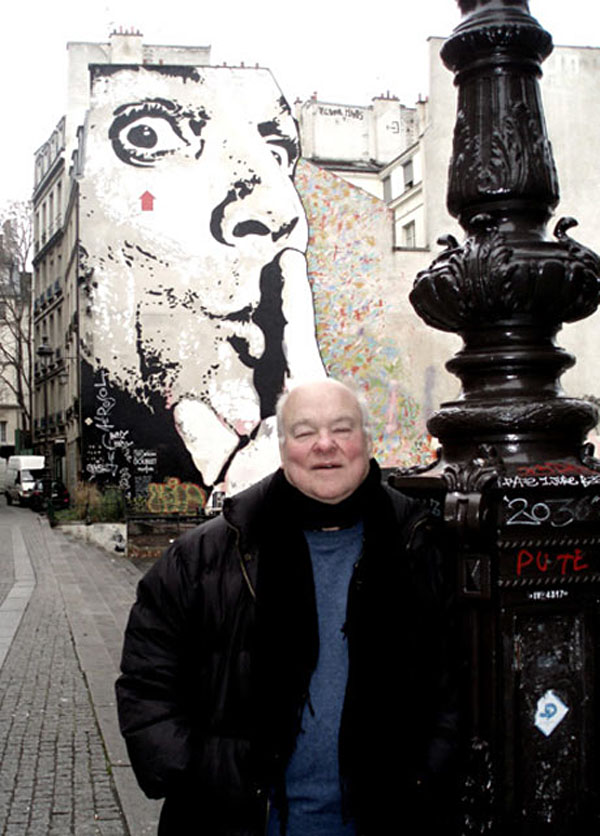 The Marais churns. It always has. Shops with signs in Hebrew bolster its image as the Jewish quarter of Paris, but that only dates from the 19th century and is now fading fast. Before that, this was a rundown stew of once-chic 17th-century townhouses converted to storage, and before that the city's Mayfair, and before that the swamp from which it gets its name.

The recent Jewish diaspora from the Marais is more than a matter of raised rents. Gay culture has displaced many old delis and cafés. Launderettes are now get-fit centres offering steam rooms and "happy ending" massages. Every magazine shop displays the beefcake covers of the gay glossy Têtu. One of the largest bookshops is Les Mots à la Bouche – literally Words in the Mouth – but also a pun on l'eau à la bouche: mouth-watering. There are still cake shops along Rue Sainte Croix de la Bretonnerie and Rue des Rosiers, but fewer offer challah and strudel. At the two Legay Choc bakeries, the big sellers are bread rolls and jam tarts shaped like hefty genitalia. And Louise smiles at a sign outside the confectionery Les Paris Gourmandes on Rue des Archives.

"It says they sell coucougnettes."
"So?"
"It means 'testicles'."
Inside, the vendeuse, straight-faced, explains that the fuzzy pink spheroids are a typical confection of the south, made from almond paste moulded around chocolate, and we leave with a glassine bag – just the thing to pass around with coffee at the next dinner party.
Until it closed for renovations, the Picasso Museum, mostly displaying the work he left to the nation in lieu of death duties, was the Marais's main tourist attraction. Until it reopens in the summer of 2013, it can rely on being a mecca of secondhand stores, from designerwear at Coiffeur Vintage and Plus que Parfait to bargain hunting at Kiliwatch and the more chaotic, bazaar-style offering at Aux Comptoirs du Chineurs. 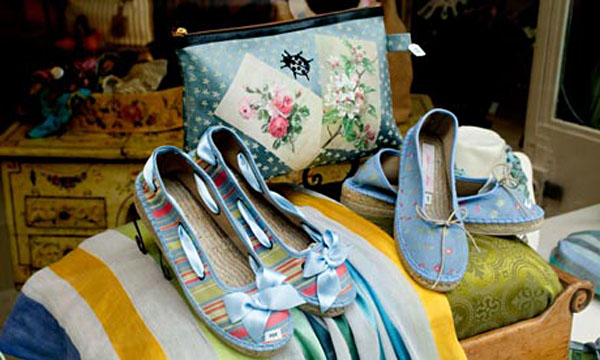 Clothes for sale in the Marais. Photograph : Alamy

Louise abandoned me for an hour to rummage in the melée of Free'p'Star, possibly Paris's most famous stop for vintage lovers. A poster on its door advertised Décors de Bordels, an exhibition of brothel photos, showing opposite the old premises of Le Chabanais, once Paris's most luxurious whorehouse. Tempting though this was, I decided to spend the time at the truly weird but utterly French Musée de la Chasse et de la Nature.

Supposedly devoted to hunting and nature, the museum celebrates animals through the joy of slaughtering them. Armouries of antique firearms lead to entire menageries of mounted heads. Paintings on the same theme decorate the walls. An exhibit invites us to identify birds by their song, presumably as an aid to shooting the edible ones. Elsewhere, sliding drawers in a series of elegantly designed cabinets display clay impressions of spoor and other signs of animals in the wild. Need to know what wolf droppings look like? Seek no further.

I rejoined a slightly dishevelled and triumphant Louise clutching armfuls of bags. Apparently hunting had been good.

"I suppose you want to go to the L'As du Fallafel," I said.
"Why?"
"Well, it's supposed to serve the best falafel in Paris – it's been written up in the New York Times…"
"Exactly. Look at it." Modishness has fallen like a curse on this modest Jewish lunch counter. Scores of hungry clients queued in the chill. Others wandered about the street, trying to eat bulging pittas and not drip sauce on their clothes.
"Where then?" She pointed down the block. "Chez Marianne. If you don't mind vegetarian."
I didn't. Not when it was an overflowing taster plate of Moroccan-style falafel, stuffed peppers, hummus, aubergine caviar, tzatziki, tarama and a surprising combination of artichoke heart with orange peel, all served by the actual Marianne, identifiable from her portrait, busty and beaming, on the menu.
And dessert? Just a coffee – and an inspiration from Louise. Dipping into her purse, she fished out the bag from Les Paris Gourmandes.
"Coucougnettes, anyone?"

Librairie du Compagnonnage
A great architecture and history bookshop where you can also buy copies of antique medieval sculptures inspired by Notre-dame and other famous French monuments. Worth visiting.
2 rue Brosse 75004 Paris
01 48 87 88 14