Le Marais Under the Empire 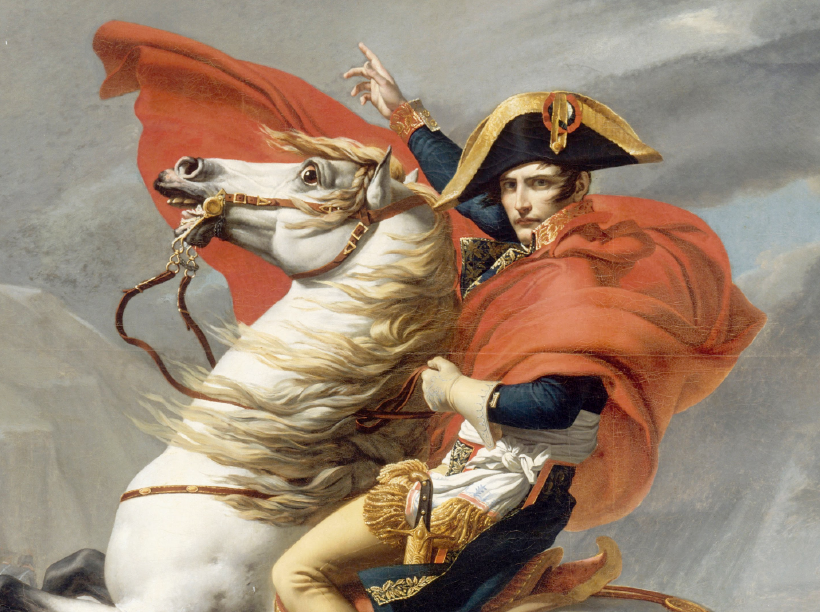 At the end of the 18th century the prestige of Le Marais was on the wane. Aristocrats left the area and settled down in Saint-Germain; fewer and fewer noblemen chose to live in the mansions of the Le Marais.

On July 14, 1789 a mob advanced on the Bastille, a French state prison, with the intention of asking the prison governor to release the arms and munitions stored there. Angered by the governor’s evasiveness, the people stormed and captured the place. This dramatic action is undoubtedly the most significant event of the period for Le Marais. The Bastille was subsequently demolished. Numerous plans were made to fill the space left by the Bastille. However, none of them were carried out during the reign of Napoleon.

In September 1792 prisoners were slaughtered in the Prison de la Force, a prison situated right next to the Hôtel de Lamoignon, on the rue Pavée. 1792 is also the year when King Louis XVI, his wife, Marie-Antoinette, and their family were made prisoners of the Paris Commune and incarcerated in the sinister tower of the Temple – originally a fortified monastery of the Templars and later a royal prison. When things calmed down in 1800, the former “Place Royale” was given the name “Place des Vosges” because the Vosges region had been the first to pay its taxes. But who can remember this today?

During the Napoleonic era, i.e. the Directory, the Consulate and the Empire, many churches and convents were demolished; those which were not became either parochial or Protestant churches. As the tower of the Temple was likely to become a royalist symbol, Napoleon had it demolished in 1811. It was replaced by a second-hand clothes market. 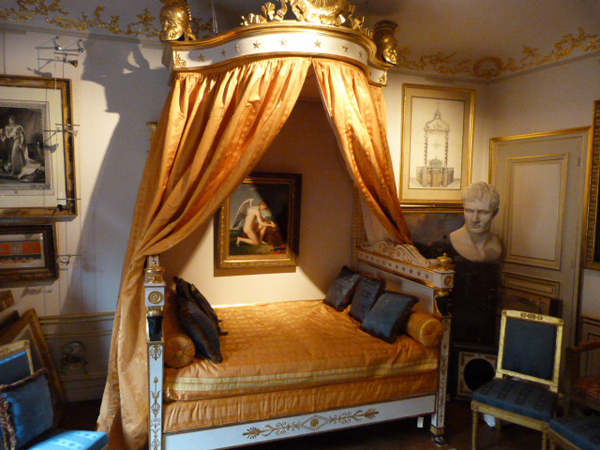 The owners of “hôtels particuliers” (private mansions) left Le Marais one by one and their mansions were turned into shops. Fortunately the State bought the Rohan family’s two palaces by order of Napoleon in 1808. The Imperial Archives were housed in the Hotel de Sabise – they are still there today. The French government stationary office was to be found in the Hotel Rohan; it stayed there until 1925. Numerous changes were made to these two mansions but at least they were not demolished! In 1811 the Paris City council bought the Hotel Carnavalet, which became the headquarters of the imperial stationary office – later called the national stationary office.

The Hotel de Chavigny housed a firemen’s brigade – the fire station is still there today. However most of the gardens of the beautiful mansion of Le Marais were turned into warehouses. The mansions themselves were partitioned and floors were added to them so as to accommodate as many people as possible. Up to 54 people lived at one point in the Hotel de Lamoignon. Damage was done to the buildings but once again this saved them from demolition.

The Jewish community had lived in Le Marais since the Middle Ages. They still lived there during Napoleon’s reign. Napoleon organised the Jewish cult by instituting consistories. In 1808, 82% of the Jews living in Paris lived in Le Marais. Not until the 1960ies were these mansions done up – sometimes more than was necessary

By Sir Bernard Chevalier, Head of office at Malmaison Museum, Translation by Helene Lecossois, Special thanks to Pierre-Jean Chalençon for his private collection.
Le Marais under Napoleon In partnership with Paris Cap

On 22 June 1815, in the wake of his defeat at Waterloo, Napoleon Bonaparte abdicated at the Elysée Palace. 200 hundred years after the end of the First Empire the exhibition Napoleon and Paris: Dreams of a Capital at the Musée Carnavalet explores the complex relationship between a remarkable man and one of the world's most beautiful cities. Paris shaped Napoleon as much as Napoleon transformed Paris: during the Revolution Napoleon realised that public opinion could be manipulatedand that power was to be seized in the capital. Paris then became the theatre for the key moments in his political career: the coup d'état of 18 Brumaire (9 November 1799), the coronation, the marriage to Marie-Louise, the birth of his son and the second abdication.The city of the emperor's dreams was a new Rome full of splendid monuments, some completed and others merely roughed out: the Vendôme column, the Stock Exchange, the Châtelet Fountain, the Temple of Glory, the two arcs de triomphe at the Carrousel and the Etoile. Some of these dreams never left the drawing board, among them the highly popular Elephant of the Bastille and the palaces of the King of Rome, the archives and Orsay.

A multimedia system lets visitors home in on these major sites in Napoleon's Paris. Bent on efficiency and the maintaining of order, the emperor also gave the capital numerous public amenities – bridges, canals, fountains, markets, abattoirs and cemeteries – which brought real change to Parisians' daily existence.An able administrator as well as a general, Napoleon set up an organisational system for the city that would last two centuries, including the offices of Prefect, chief of police and the Seine département council. Paris thus became the hub of the political, diplomatic and social life of the "Grand Empire" and a magnet for the élites of the New Europe. The pomp of life at the Tuileries Palace, refurbished by the architects Percier and Fontaine, is illustrated by the everyday luxury and elegance of the imperial court and its people: Josephine, Marie-Louise, the King of Rome, Napoleon's brothers and sisters, and the dignitaries and courtiers. The ambience of the period is vividly conjured up with furnishings, costumes and accessories.The Paris landscapes painted by Bouhot, Boilly and Hubert Robert, the models, plans and drawings from the workshops of Percier, Fontaine and Brongniart, the remnants of monuments of the past, and a host of caricatures – all these add up to an unrivalled evocation of the Empire Style and Napoleonic urban planning.Here works from the Musée Carnavalet dialogue with loans from other institutions, among them the Fondation Napoléon, the Palais Galliera, the Musée du Louvre, the châteaux of Compiègne, Fontainebleau, Versailles and Malmaison, and private collectors.

At the same time, as part of its "Napoleon Season", the Musée Carnavalet – Histoire de Paris is presenting the exhibition Paris-Vienna: 1814–1815, organised by the Ministry of Foreign Affairs. 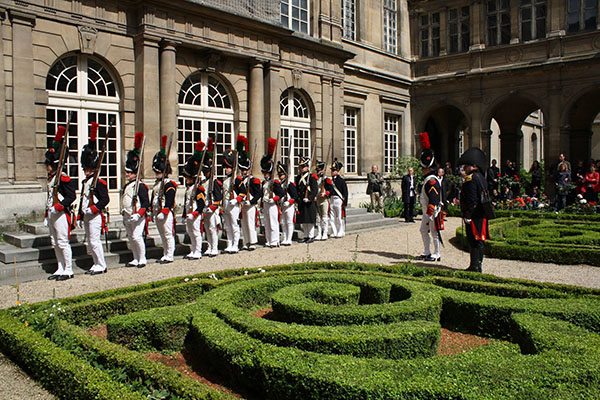 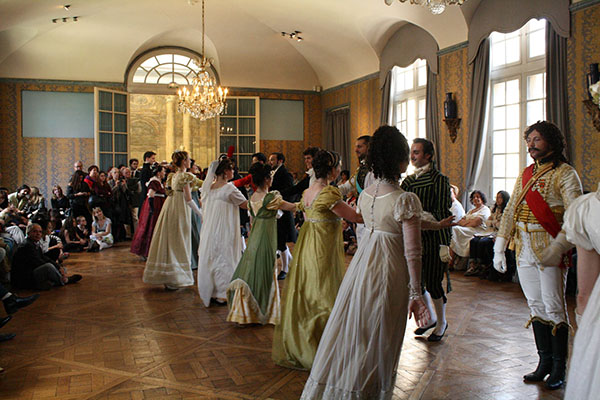 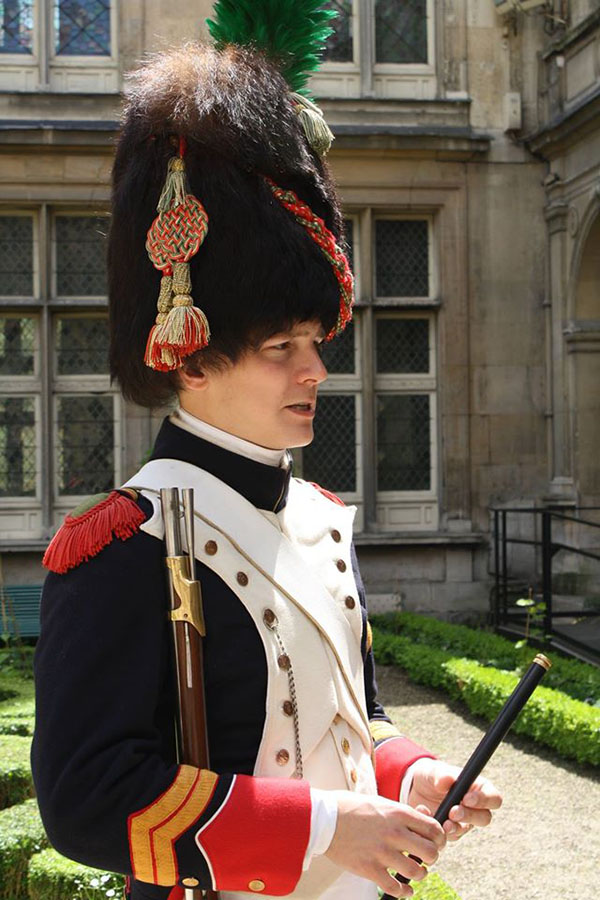 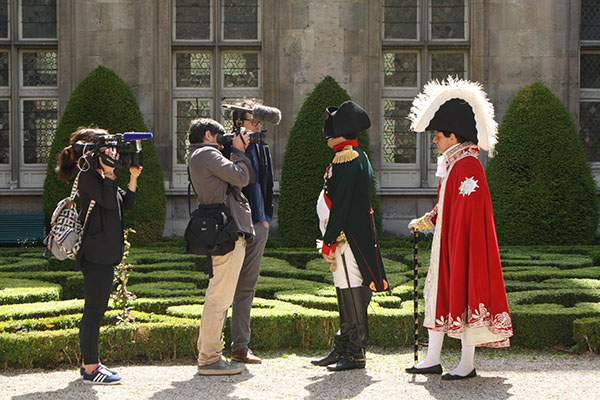 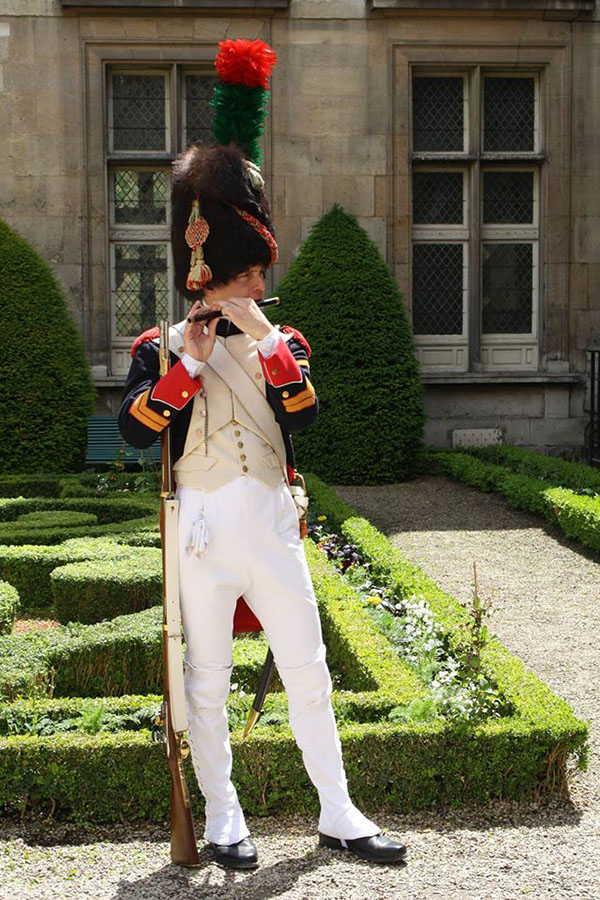