Since medieval times with the development of commerce, trade stalls communicated through their signs. As the population was mostly illiterate, traders attracted Parisians by images as well as by calling out to attract their attention. Signs often had a wooden or painted image easy to identify in the streets of the capital and representing the purpose of the business, thus allowing potential customers to identify its commercial activity.

The Carnavalet Museum in the heart of the Marais presents to the public a unique collection of  Parisian signs- sheet metal, wood, plaster or painted, these images move us because they evoke an atmosphere of yesteryear and marvel the visitor with images such as griffins, black cats, roosters and lobsters. They illustrate the richness and diversity of economic and commercial activity in Paris. There are signs from wine merchants, gunsmiths, knife grinders, bakers, and insurance companies. The interiors of most shops were closed to the public- customers did not come inside. Instead, a counter allowed to serve them while they were outside, similar to current the counter Parisian cafes and bars.

Thanks to iconic films such as Hotel du Nord (1938) with Arletty and Louis Jouvet, we still have an idea of ??what Paris was like. Hotel du Nord still exists and has recently been renovated. It is located on the other side of the Place de la Republique, along the Canal Saint Martin. Another film with Louis Jouvet is the famous Quai des Orfèvres (1947), in which the dark and tortuous atmosphere of the capital is summoned up. The action takes place not far from the Marais on Quai des Orfèvres, the famous headquarters of the Judicial Police in Paris.

Paris is the most filmed city in the world for movies, but it is also very present in advertising.

An advertisement from the 1980s evokes this popular Paris when GAMMA laundry detergent becomes Gamma Street to the tune of the famous song by Yves Montand "In Paris ". The camera scrolls around and shows in turn a butcher, a garage and a girl immaculately dressed in white.

In the 80s, the golden age of advertising in France, the RATP ( Paris Transport Authority ) also lives a golden age, by promoteing the metro as a second car with a very elegant clip which is still up to date today. The subway becomes a chic and trendy means of transportation, not only for the working class. The metro ticket replaces the crocodile polo shirts and Levis label on the pocket of  jeans- the yellow ticket usurps all existing labels.

Middle class Paris rarely appears in international advertising, but more daring is present at the national level, including ads for the newspaper Le Parisien in the 90s.

Le Parisien humorously evokes the notorious bad temper and lack of citizenship typical of Parisians in the form of a series of hilarious sketches.

The brand uses the image of Paris firefighters, who have the reputation to be true Adonises, as well as well- trained and efficient

See also our article on the mythical  fireman's ball

Paris is THE city synonymous with luxury. Therefore it is not surprising that it is mentioned in advertising most often through perfume, the essence of Parisian and French chic.

One of the first commercials for the perfume PARIS YSL was made in the 80s by Jean Paul Goude . It presents a beautiful femaile spy at the top of the Eiffel Tower. She places her perfume bottle there and runs to give a delicate kiss to her lover, who is in a helicopter. This beautiful image of Paris is at once elegant , timeless , intelligent and dynamic.

The legendary French perfume par excellence is Chanel No. 5.
Paris gets a nod in this beautiful clip by Luc Besson through the myth of Little Red Riding Hood.
The wolf in it becomes a nice dog tamed the foot of a snowy Eiffel Tower .

Another more recent example, again with Chanel, is the famous Coco Mademoiselle ad by the director Joe Wright featuring the sexy Keira Knightley straddling a vintage motorcycle in Place Vendome.
She passes Concorde where she is spotted by two admirers. She then joins a handsome photographer for a photo shoot after which she escapes before becoming intimate with him.
Again we see the image of the chic, independent and fearless Parisian.

We notice that she is going in the direction of the monument Hotel de Beauvais in the heart of the Marais, where Mozart lived during his first stay in Paris.

An ad for Corporate de Dior is quite interesting for its outstanding dynamics.
This iconic film designed for global diffusion represents the diversity of the brand. This clip (in long version of 3 minutes and in short version 1 minute) is set in Versailles- in the Hall of Mirrors, in its lush French gardens and parks with groves, sculptures, and fountains with the music of Depeche Mode as the background.

In this setting and to the hypnotic rhythm of Enjoy The Silence, young women put on makeup, wander around, pose, walk or languish holding sumptuous handbags, jewelry, accessories and clothes.
Again, this shows the epitomy of luxury and inimitable French elegance personified here by Dior, yet always possessing a provocative, ingenuous, typically Parisian touch.

THE NIGHT OF THE AD EATERS

No to miss- the annual tribute to the best commercials from around the world, created in 1980 in Paris by Jean Marie BOURSICOT, The Night of the Ad Eaters ® .

Presented in over 40 countries, The Night of the Ad Eaters ® represents the advertising productions of approximately sixty nationalities which are shown during one entire night. The show is just as much on the screen as in the room : whistles, rattles, and foghorns echo the rhythm of the reactions of the supercharged public while balloons assembled by the dozens bounce from row to row   between cries of " Whoa!" The crowd shout out their opinions, sing along to the songs and slogans together, clap their hands, make paper airplanes.

Despite an undeniable success, this institution is fragile today. Due to financial problems, the founder recently mentioned in the magazine Strategies that his collection comprising nearly a million commercials is to be auctioned. The starting price is 90,000 euros with a final selling price of around 300,000 euros, while the actual value is estimated at 10 million euros ! Solutions seem to emerge however, and we wish our friends the creators of the Ad Eaters that bounce back as they always have done so far. For now, you can still attend the next edition at the Grand Rex in Paris on April 4, 2014 !

Book your tickets early advert aficionados of all countries- unite us in supporting The Night of The Ad Eaters ! 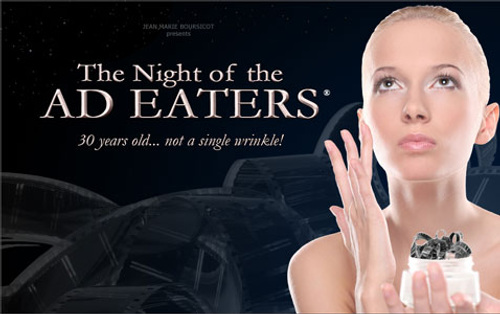 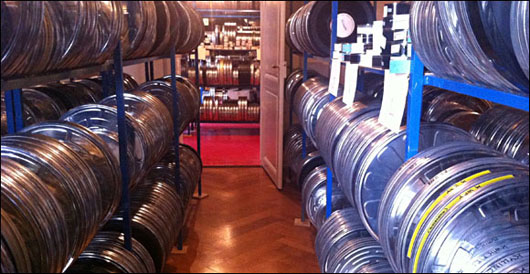 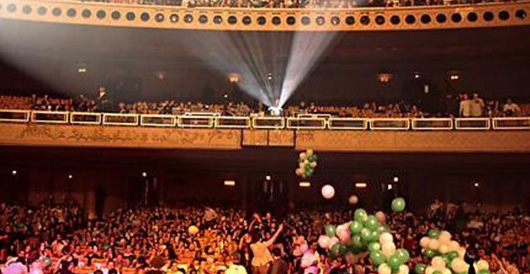 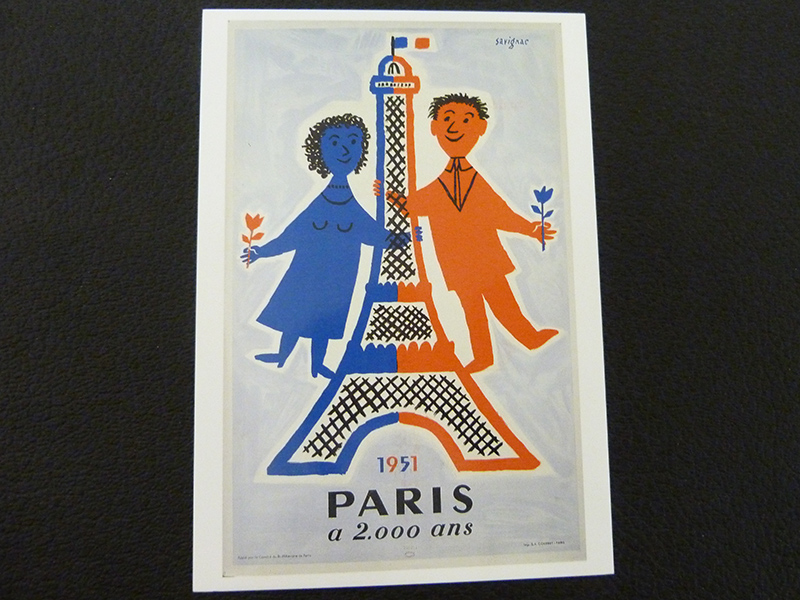 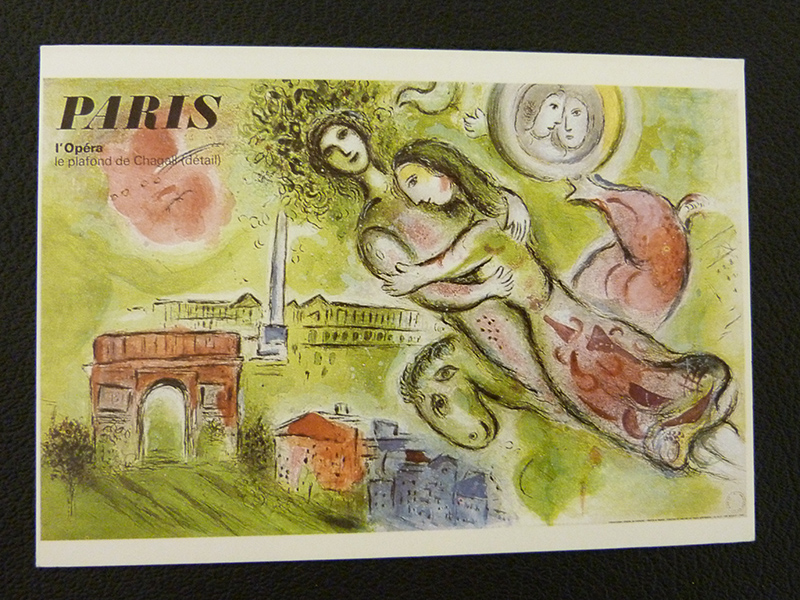 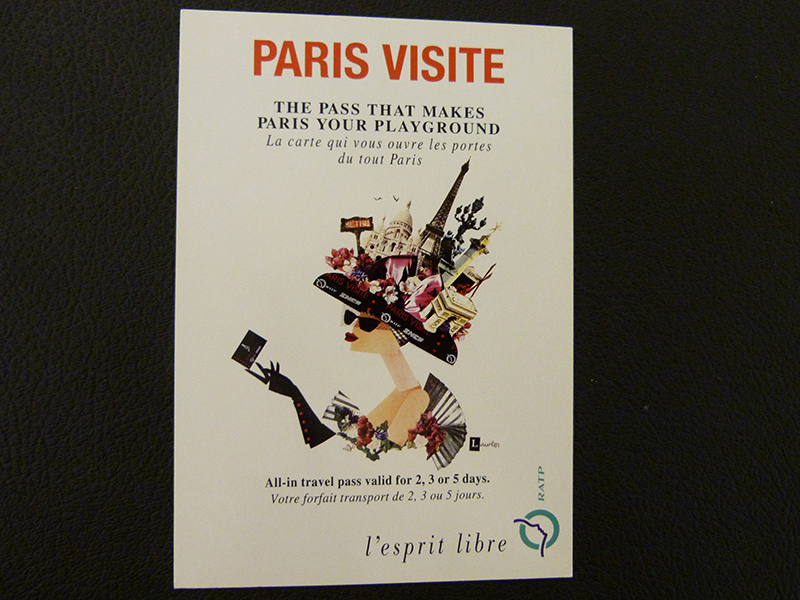 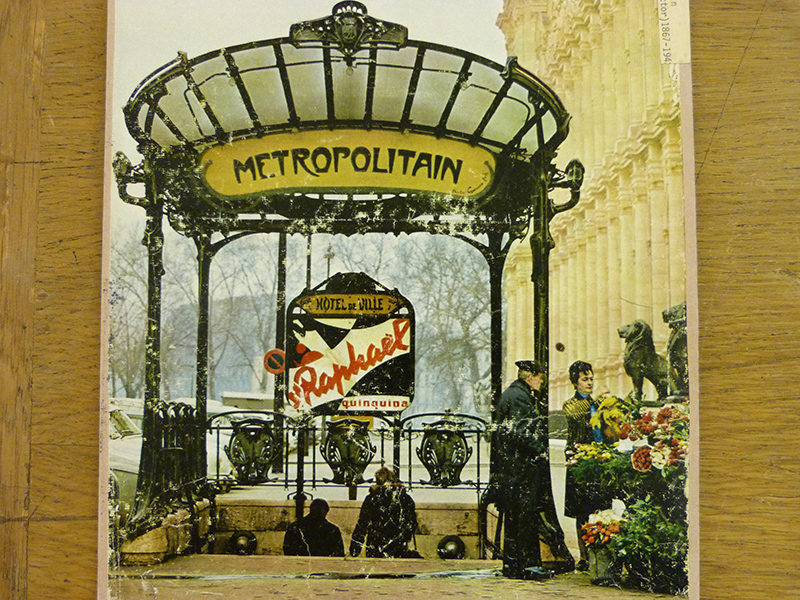 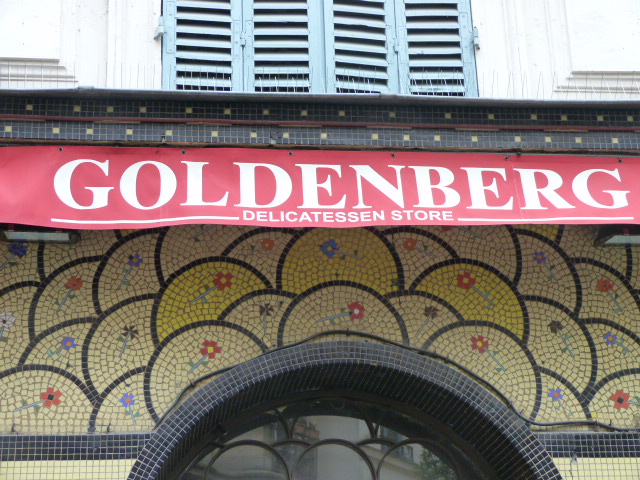 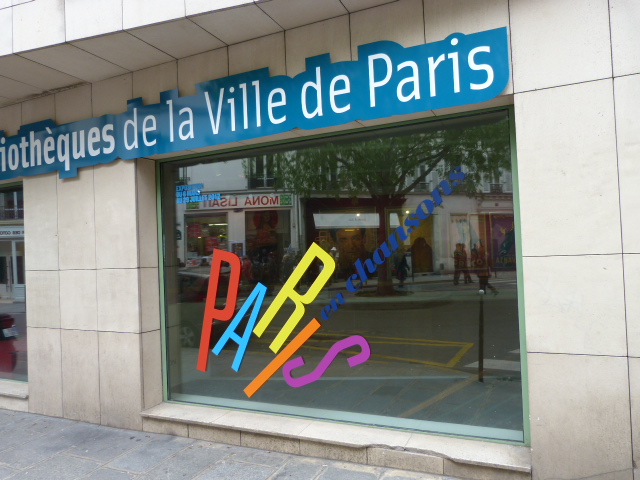 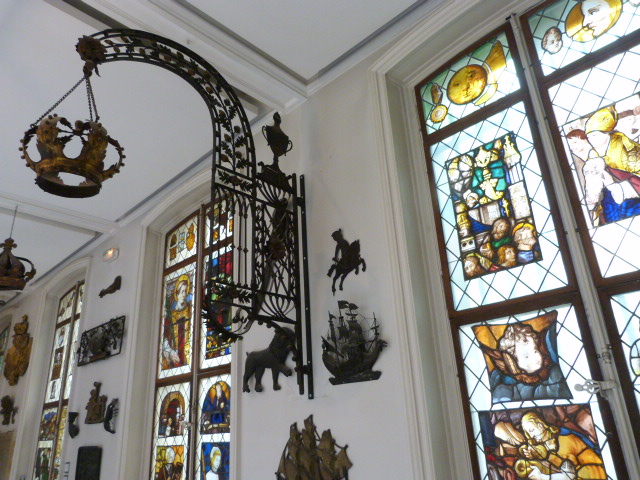 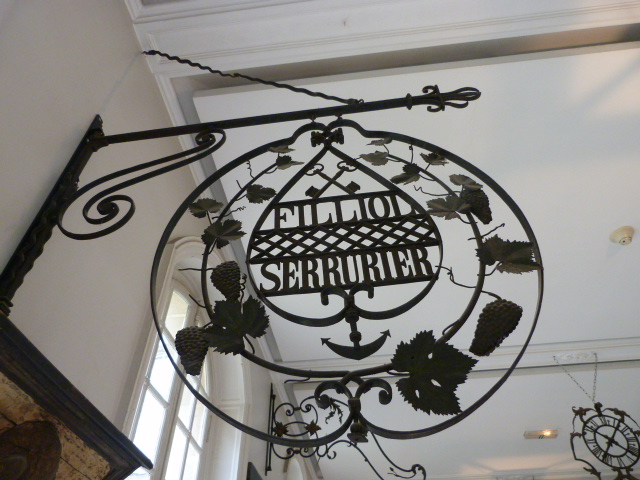 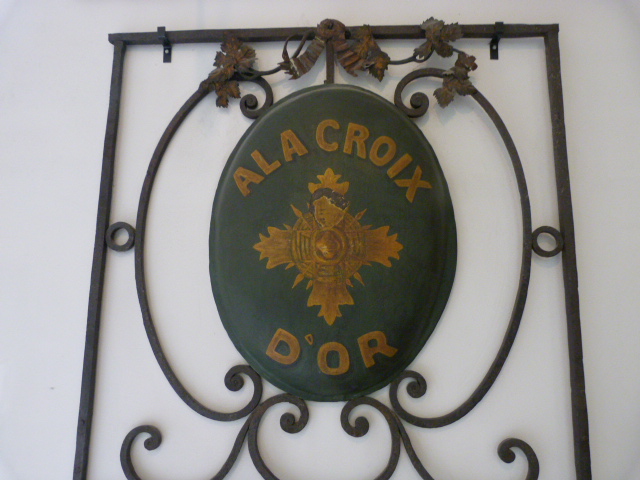 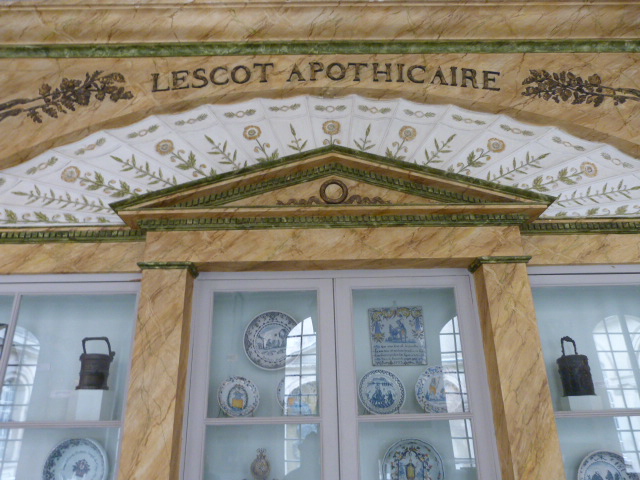 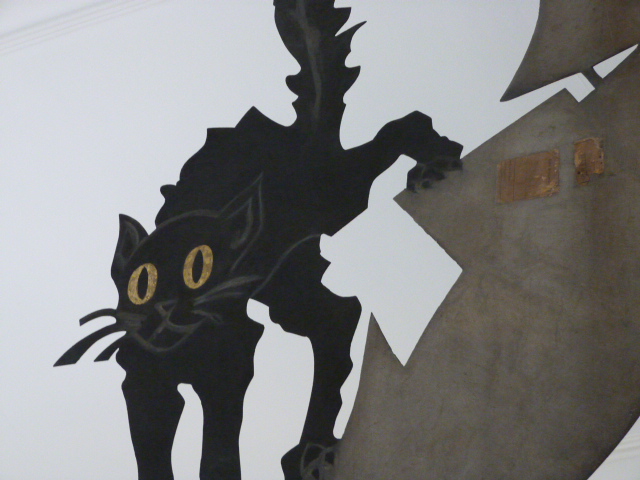 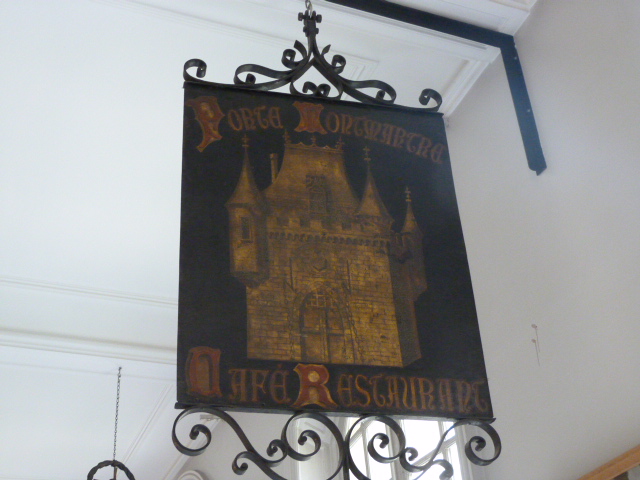 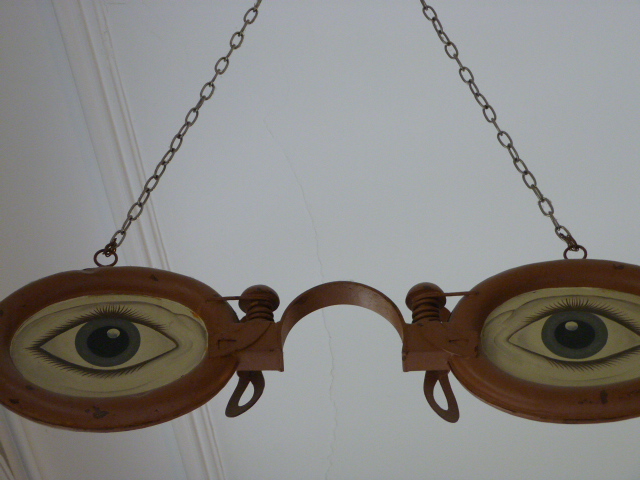 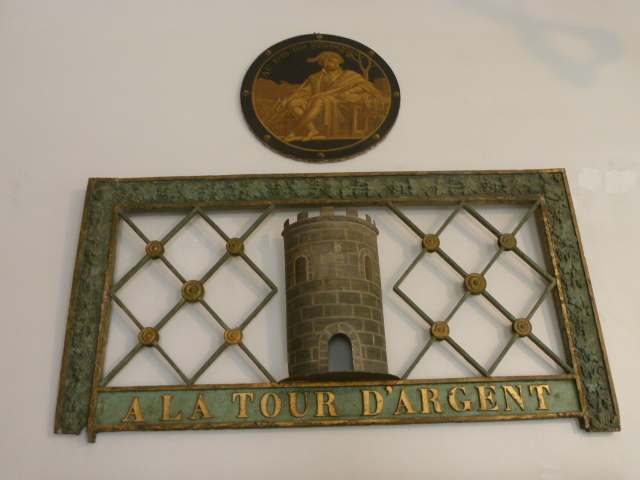 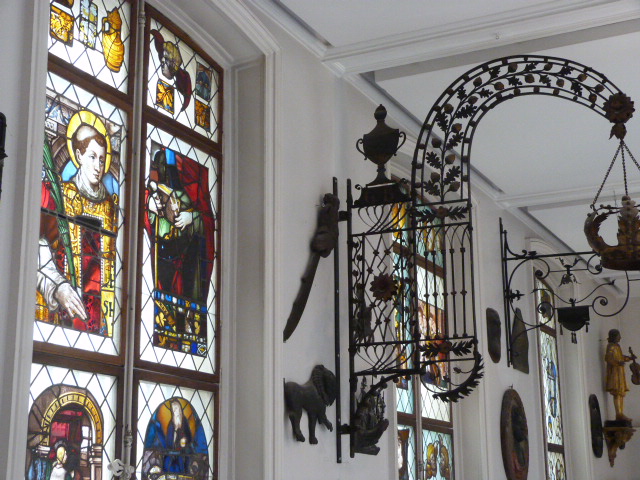 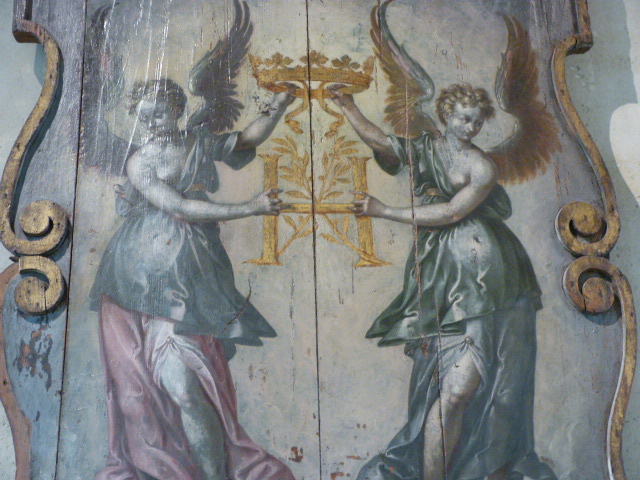