Considered the third opera of Paris for its beauty and creativity, Chatelet produces all of its own shows and offers an inventive, eclectic programming which includes operas, operettas, musicals, dance and multimedia performances. It is even able to satisfy a wide international audience. From costumes to decorations, orchestration to composition, each step is carefully staged by the theatre’s staff. You will discover masterpieces of the Great American Songbook such as "Sunday in the Park with George" by Stephen Sondheim and other Broadway hits. The Theatre du Chatelet is not only the mecca of musical Paris, it also offers very specialised lyrical programming by highlighting unjustly neglected works as well as those of great young composers such as Alfano's Cyrano de Bergerac or contemporary dance with Benjamin Millepied’s L.A. Dance Project.   Chatelet, which opened in August 1862, celebrated its 150th anniversary of artistic creation in 2012. 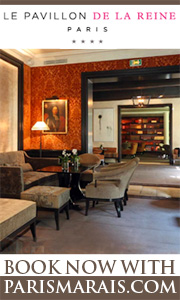