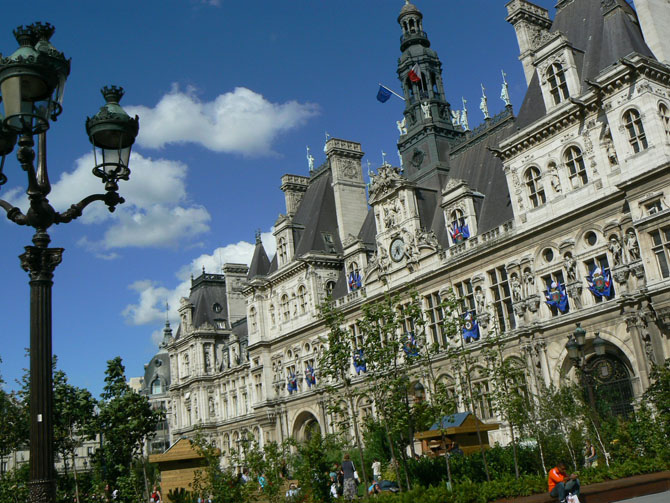 Place de l'Hotel de Ville, the oldest square and until the completion of the Places des Vosges and Dauphine the only square in the capital, originally formed a sandy cove down to the river. This “descent” was optimal for grounding and anchoring boats. A port was probably installed in the Carolingian period and followed the imprint of a Gallo-Roman path. Navigation on the Seine was a key issue because the majority of goods arrived in Paris by water. The site and its surroundings made up a large commercial area and the shoreline was divided into different ports, the main port being for wine.

Other existing ports included those for coal, wood, and wheat. In the 17th century port Grève, as it was known, began to face competition from other ports on the Seine and lost its monopoly on wine importation. In the 18th century, it found itself in competition with the “Les Halles” market. In the early 19th century, the port was used for grain shipment and later became an important market for apples from Normandy. 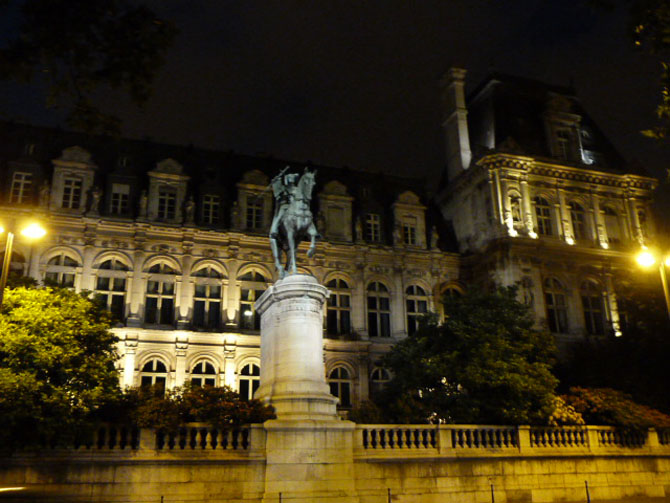 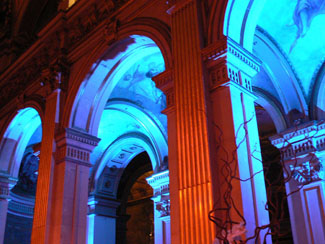 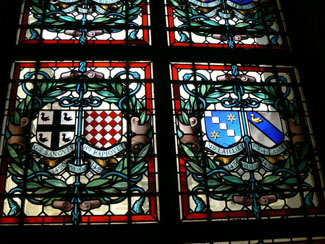 Since 1967, the left bank expressway is located on the site of the former port, forming a 13km highway linking St. Cloud to Bercy. The Banks were classified a World Heritage Site by Unesco in 1991. Today, Paris would like to develop a walk along the waterfront in order to enhance this unique patrimony. Meanwhile, each summer, Paris-Plage is present along the banks. 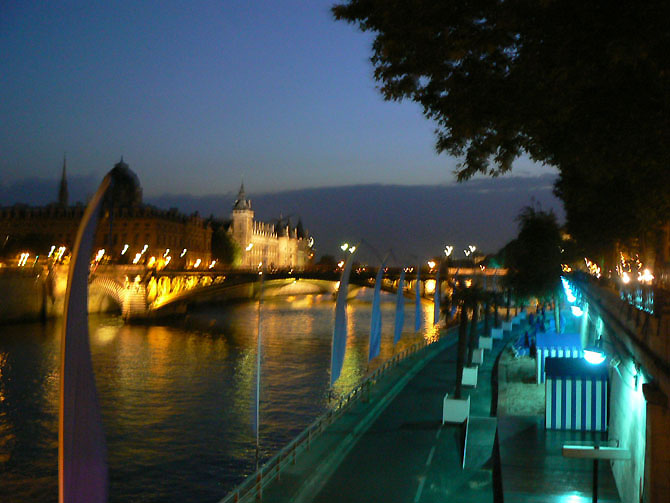 Place de l'Hotel de Ville was used for parties organized by the municipality and to celebrate births and marriages of the royal family, but it was also the place for important executions from 1310 to 1830, including those of Ravaillac and La Brinvilliers. During the 19th century the square expanded, finally becoming a vast pedestrian area in 1982 to mark the centenary of the rebuilding of the Hotel de Ville.

Hotel de Ville is a major attraction and still a popular place for festive gatherings of all kinds. It is also a convenient starting point for then discovering the Marais. 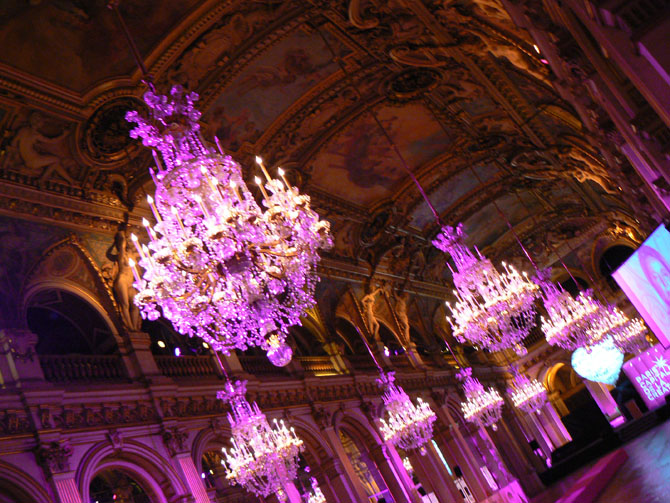 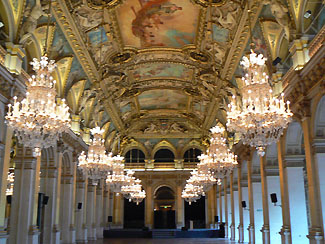 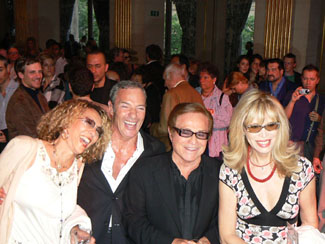 The first stone of the building commissioned by Francois the 1st was placed on July 15, 1533 by the Italian architect Dominique Cortone, also known as the Boccador. Religious wars slowed the progression of the building. It was not until 1606 that the architect Marin de la Vallée, during the reign of Henry IV, continued the project. Don’t forget to admire a copy of the equestrian statue of Henri IV placed above the central door; the original is kept at the Musée Carnavalet.

During the Fronde revolution, the Hotel de Ville was the center of opposition to the regency of Anne of Austria and Mazarin.

In the early 19th century important extension work was undertaken, and the building surface passed from 4000m2 to 9600m2. The layout of the new facades was freely inspired by the Italian Renaissance. The decoration of the interior galleries was entrusted to renowned artists such as Eugène Delacroix and Jean-Dominique Ingres. 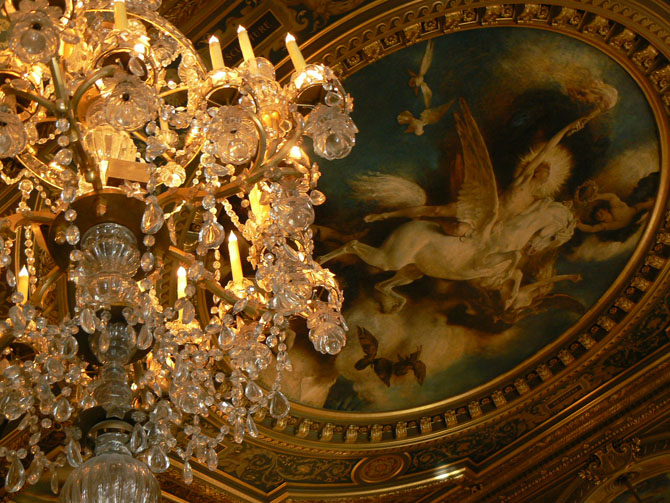 After the disaster of Sedan and the abdication of Napoleon III, the Republic was proclaimed at the City Hall on September 4, 1870. A few months later the government withdrew to Versailles, leaving room for the Commune, which in turn was proclaimed on March 28, 1871. The insurgents set fire to the Town Hall (Hotel de Ville) when the Versailles troops entered Paris on May 24. 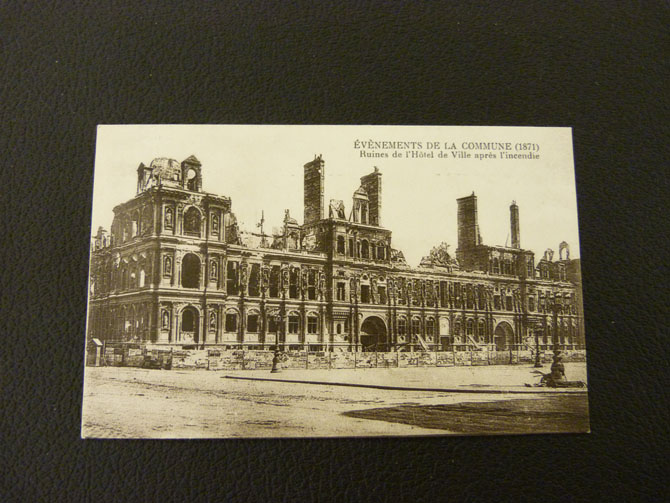 As it was impossible to restore the building due to the calcination of the stones, the municipality organized a contest in 1872-1873 for the reconstruction of the building.

Projects by Théodore Ballu and Antoine Deperthes were selected, bringing back the facade to its original state as realized by Bocador.
The Hotel de Ville, a palace in honor of the republic, is decorated with a profusion of sculptures. The iconography revolves around three themes: allegories, cities of France, and famous men and women.

After admiring the city hall, continue your walk towards the rue Francois Miron, passing the Church of Saint Gervais, whose origins date back to the 6th century but that was built in a 17th century style blending Doric, Ionic and Corinthian orders.
Note in passing through Place Saint Gervais the elm tree in memory of a tradition dating back to the Middle Ages. It was under the elm tree that justice was rendered.

Rue Francois Miron, of Roman origin, led to Melun at the time of the Early Roman Empire. Remnants of this period were discovered during the levelling of the road during the 19th century. Other surrounding streets such as rue des Barres, rue de l’Hotel de Ville, and rue de Brosse were formed in the middle ages and have retained their route. This area was declared unsafe in 1960 and has been a major project of urban renewal.

At 2 -12 rue Francois Miron existed squalid medieval residences which were destroyed in 1733, permitting the building of the factory Saint Gervais in their place. Note the pattern of the wrought iron railings, still visible today, representing the arms of the parish, the St. Gervais Elm. The Couperins, famous musicians of the 17th century, also lived here.

Alexandre Ledru-Rollin was born in 1807 at 10 rue Francois Miron. He is known for entering Hotel de Ville in 1848 to proclaim the Republic. Appointed Minister of the Interior, he restored the popular vote.

Rue Grenier-sur-l'Eau has preserved its original cobblestones as well as its axial stream, now animated by shops and artisans. The steeple of the church of Saint Gervais is visible in the background.

Rue de l'Hotel de Ville, dating from the Middle Ages, was once called "mortellerie"; the  etymology of this word derives from from the French word for mason because many masons lived there. Its origins date back to the 13th century, when masons were constructing cathedrals as well as many great European cities.
At numbers 89, 91, 95, 103, 107 and 109 of rue de l'Hotel de Ville, the street has retained some tall, narrow houses of the 17th and 18th century.

The rue des Barres still has some houses built between the 16th and 18th century. It also retains some traces of earlier remains, notably at 12 rue des Barres; the structure of the Maubuisson Abbey dates from the 13th century, although it was modified in the 19th century.

After wandering the maze of winding streets of the neighborhood of Saint Germain, return towards the Seine to enjoy the numerous pubs and terraces there. Enjoy a typical French meal in Trumilou at quai de l'Hotel de Ville, or Chez Julien on the corner of  rue des Barres and the Pont Louis Philippe, or perhaps a traditional Burgundian dish at Bourguignon du Marais on rue Francois Miron, before continuing to the Ile de la Cité across the bridge pont d'Arcole. There you will find a lovely flower market between the Prefecture (main police station), the Courthouse, and the Hotel Dieu hospital. Installed since 1808 in place Lepine, it is a refreshing spot to discover plants, shrubs and orchids of all kinds.