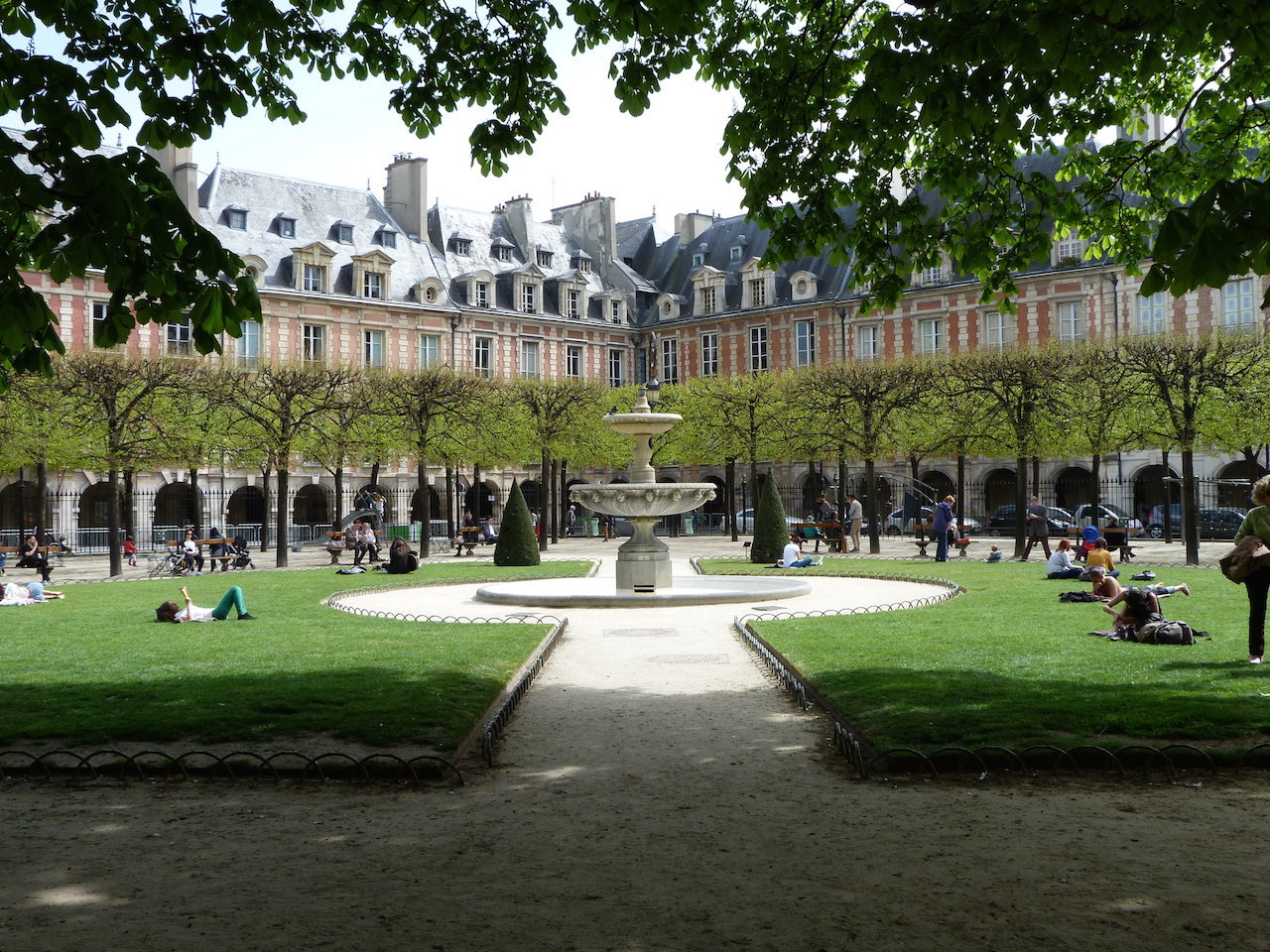 Place des Vosges, located mostly in the 4th district, was originally called place Royale. The square was renamed after the French Revolution in tribute to the north-east region of Vosges, bordering Germany and Luxembourg, which was the first to pay taxes imposed by the new government.

A stroll in the Marais without admiring the place des Vosges is like a walk on the Champs Elysees without seeing the Arc de Triomphe! The composition of the Place des Vosges epitomizes the classic French style and is a unique example of seventeenth century architecture. Originally the terrace was covered with sand to allow aristocrats to indulge in equestrian exercises. A statue of Louis XIII was erected in the square, then destroyed in 1792 after the fall of the monarchy ; it was replaced by an octagonal fountain. It took until the early nineteenth century for the royal equestrian statues as well as that of Louis XIII, destroyed during the Revolution, to once again be rebuilt.

Place des Vosges is structured around two pavilions, that of the Queen at the north part of the square, and that of the King at the south part. They are not open to the public ; however, you can still visit the house of Victor Hugo, author of "Les Misérables", which is now a municipal museum. It is free and open daily from 9am to 6pm every day except Monday. 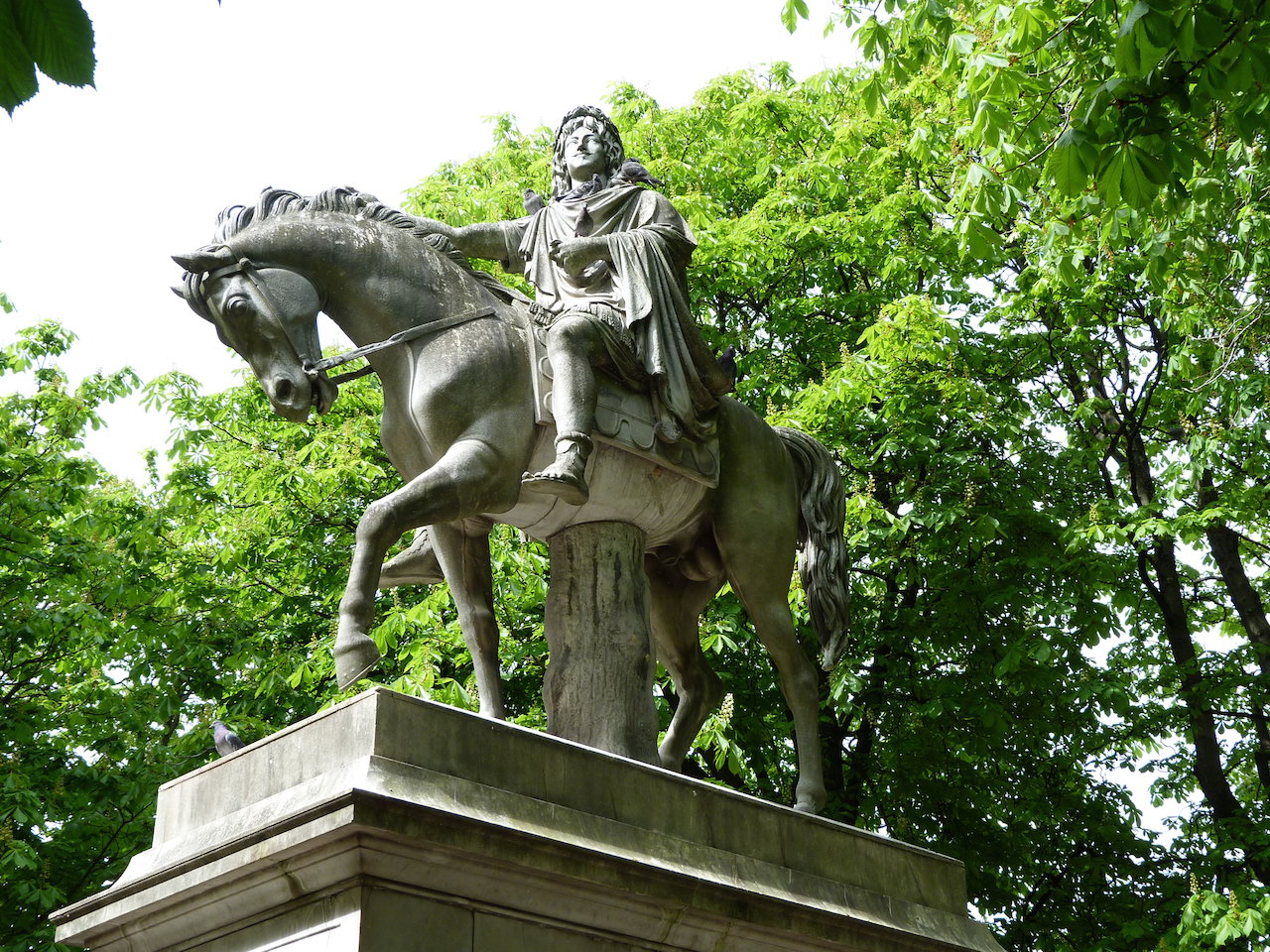 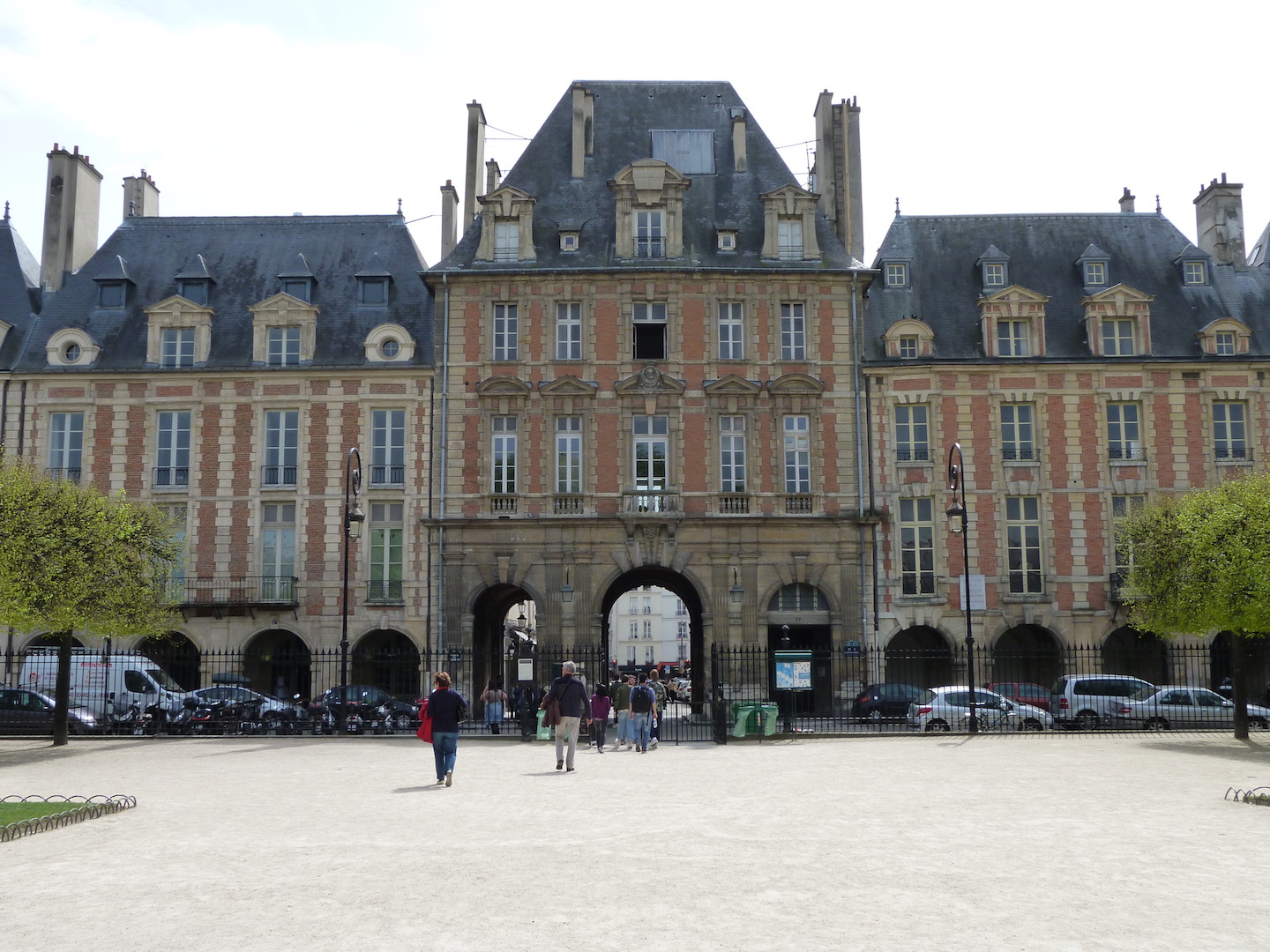 You can choose to stay in one of the most wonderful places in the Marais, namely the Pavillon de la Reine, which is reached by passing through the covered arches. For other charming and uniquely decorated establishments of character, please consult the hotel section of our site. 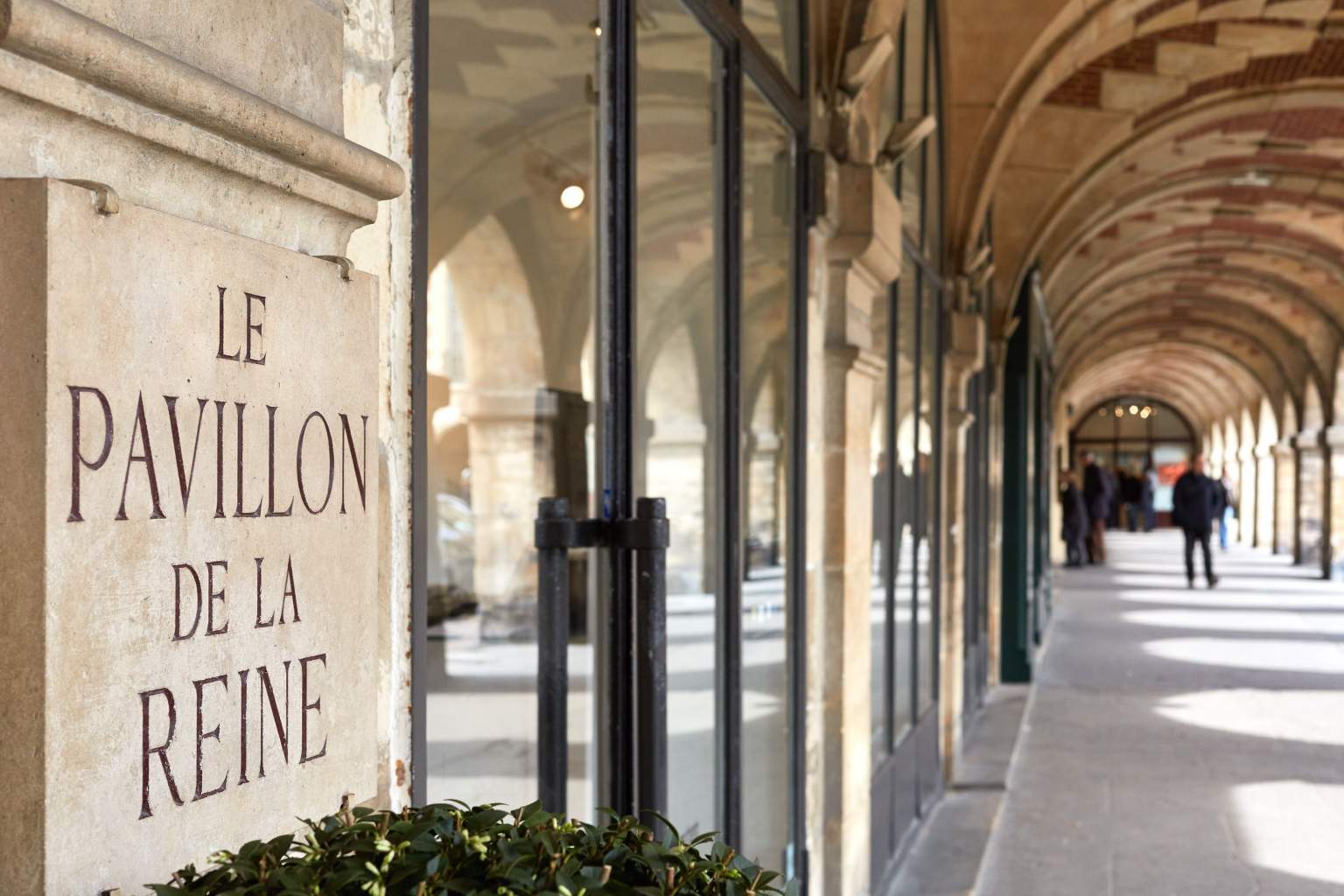 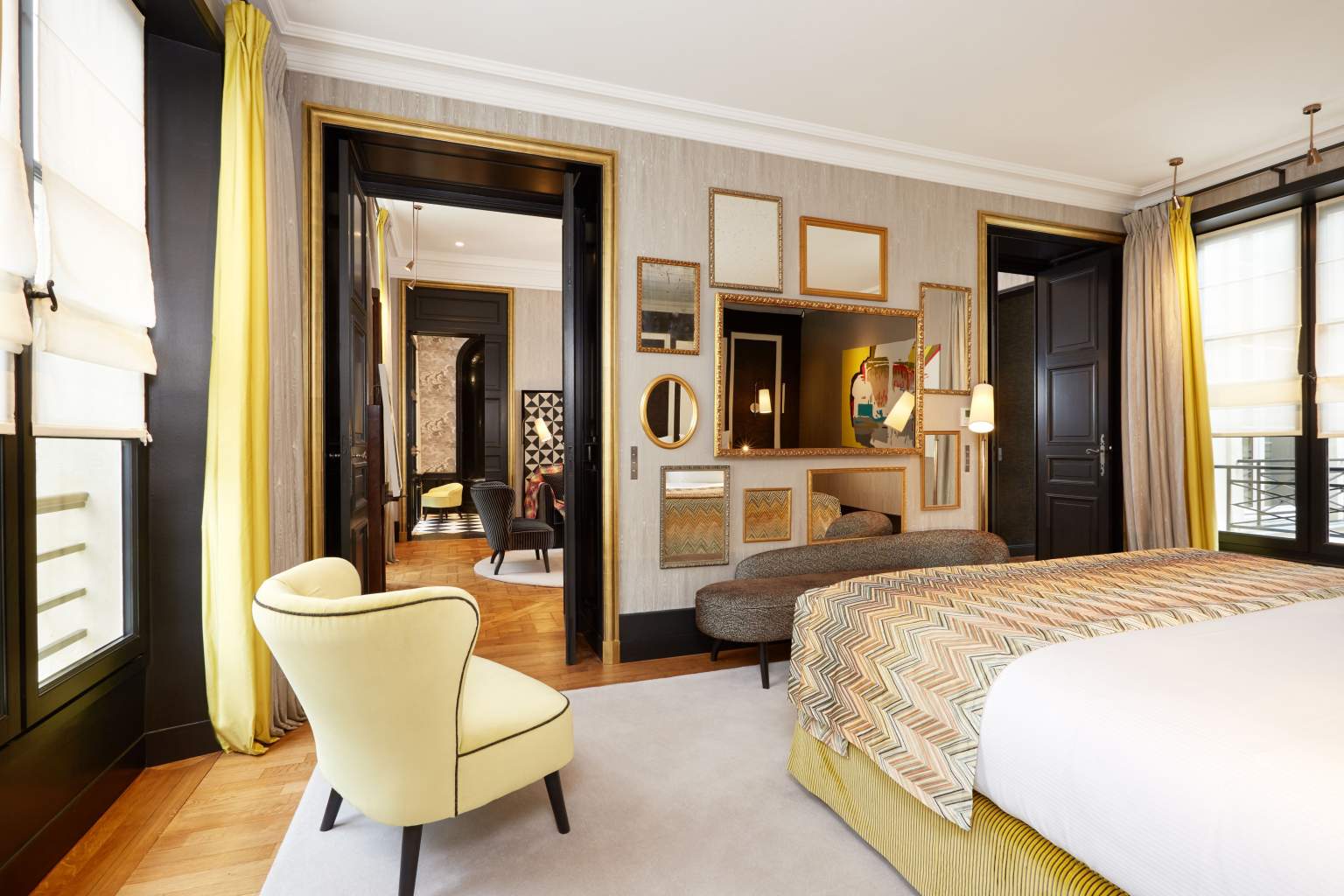 As you walk along the arches bordering the square, you will discover fabulous gourmet places to eat such as Carette or La Place Royale. 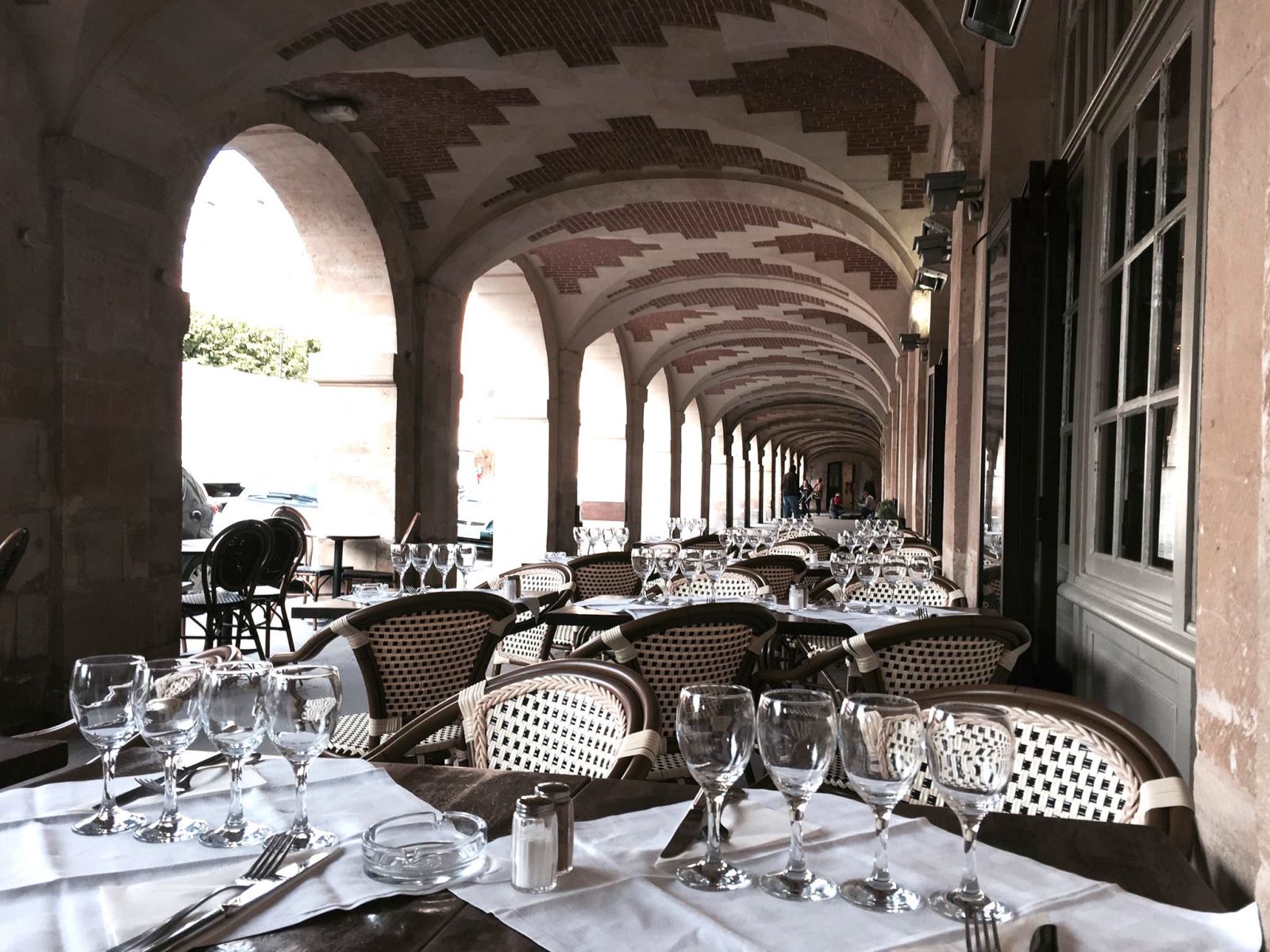 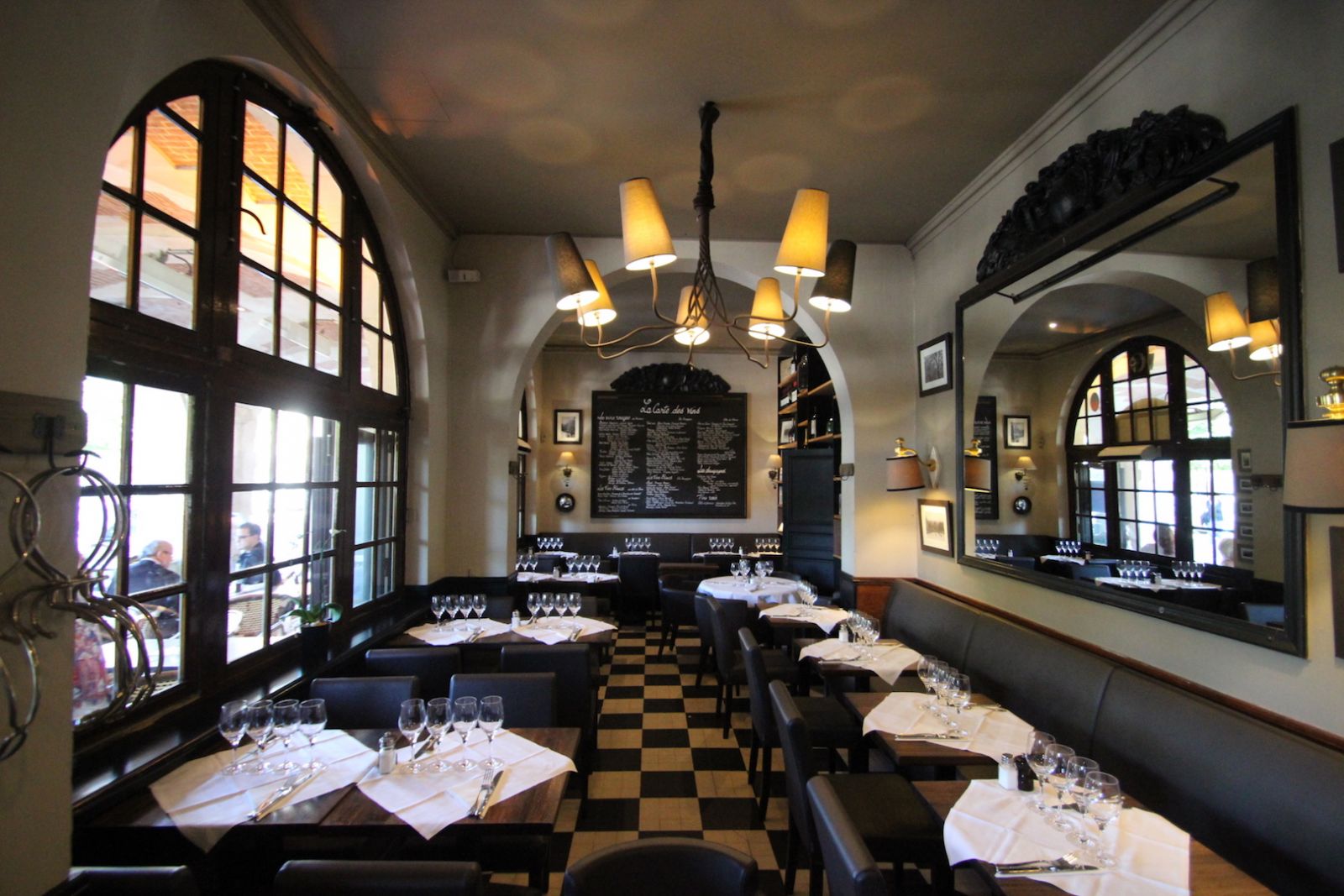 Many art galleries line the Place des Vosges. Their large windows are open invitations to enter and discover their treasures, and their owners will be pleased to introduce you to the artists. All speak perfect English as well as other languages.

On the other side of the square, a small private door, open during the day, will give you access to the garden of the fabulous Hotel de Sully, headquarters of the Center for National Monuments. The Center is home to an excellent library on the history of Paris which offers occasional photographic exhibitions on architecture and the arts. Don't forget to have a look at its Renaissance- inspired coffered ceiling. 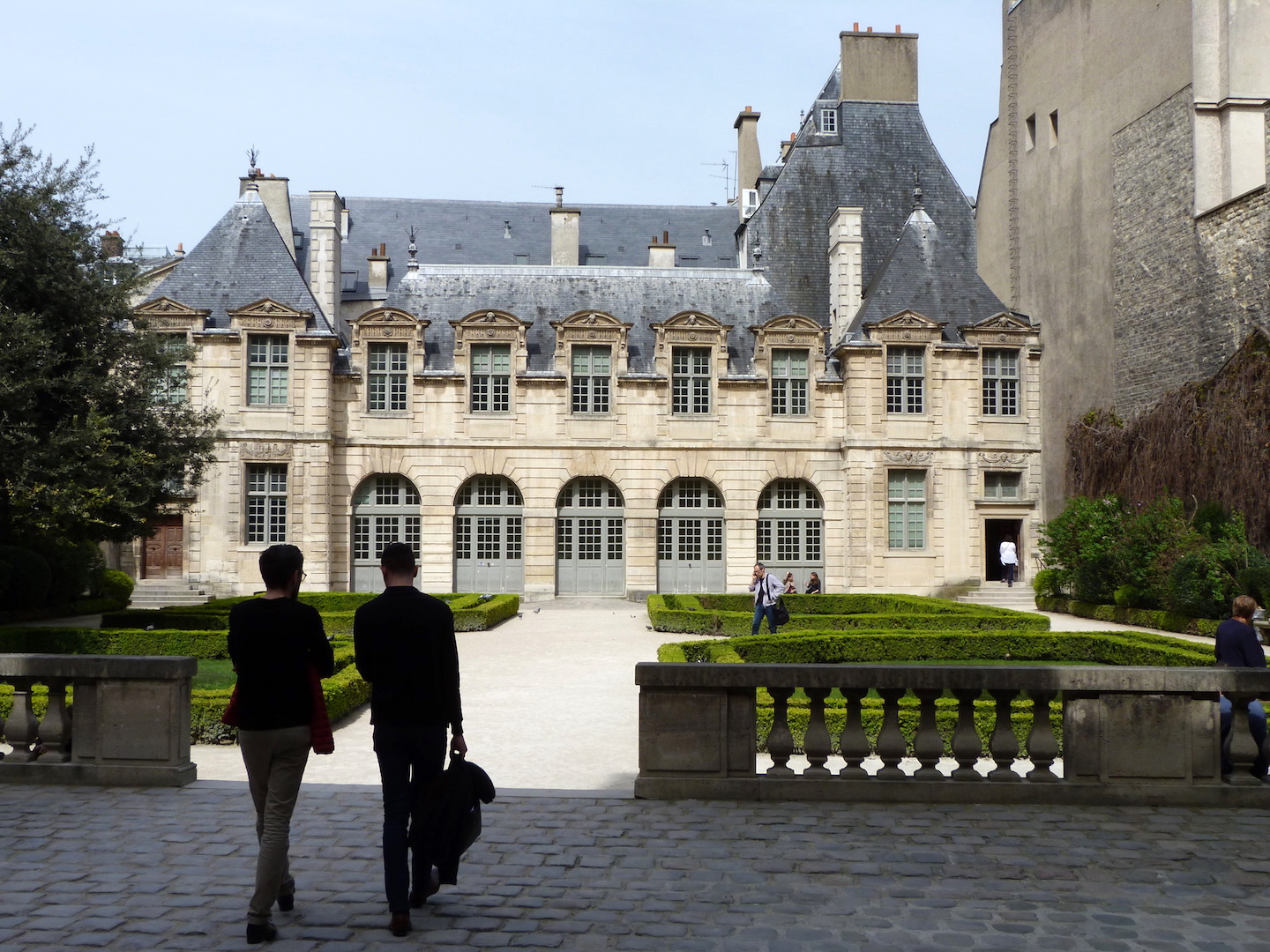 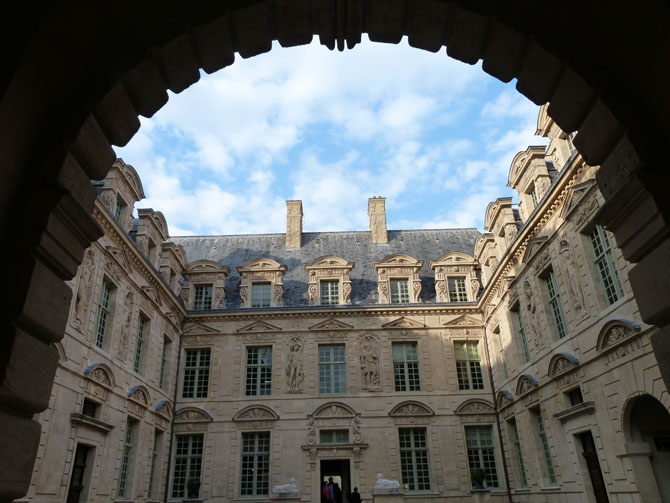 Continuing your walk, you will find another passageway giving access to a courtyard with marvellous statues depicting the four seasons. Still going south, you reach rue Saint Antoine, continuation of the Rue de Rivoli, then place de la Bastille. You may notice the ground contours simulated by the pavement, reminiscent of those at the former site of the Berlin wall ; they indicate the foundations and previous site of the sinister Bastille prison.

The Opera Bastille, present there today, is a fine example of the Argentine architect Carlos Ott's work, although it was not unanimously adored by Parisians when it was inaugurated. The best shows are now proposed in this opera house at prices below those of Covent Garden in London, the Metropolitan Opera in New York, or Milan's La Scala. At the counter, if you're lucky, you can buy a ticket for 10 euros - about the price of a movie, however arrive early and be prepared to queue from 10 am.