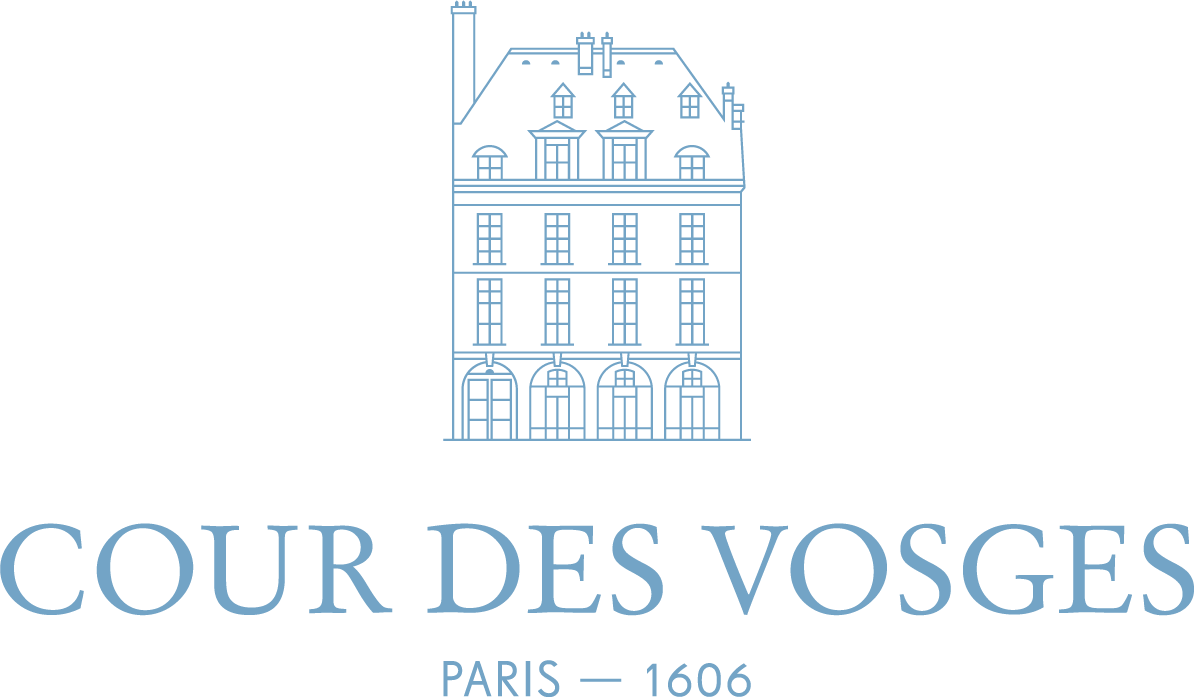 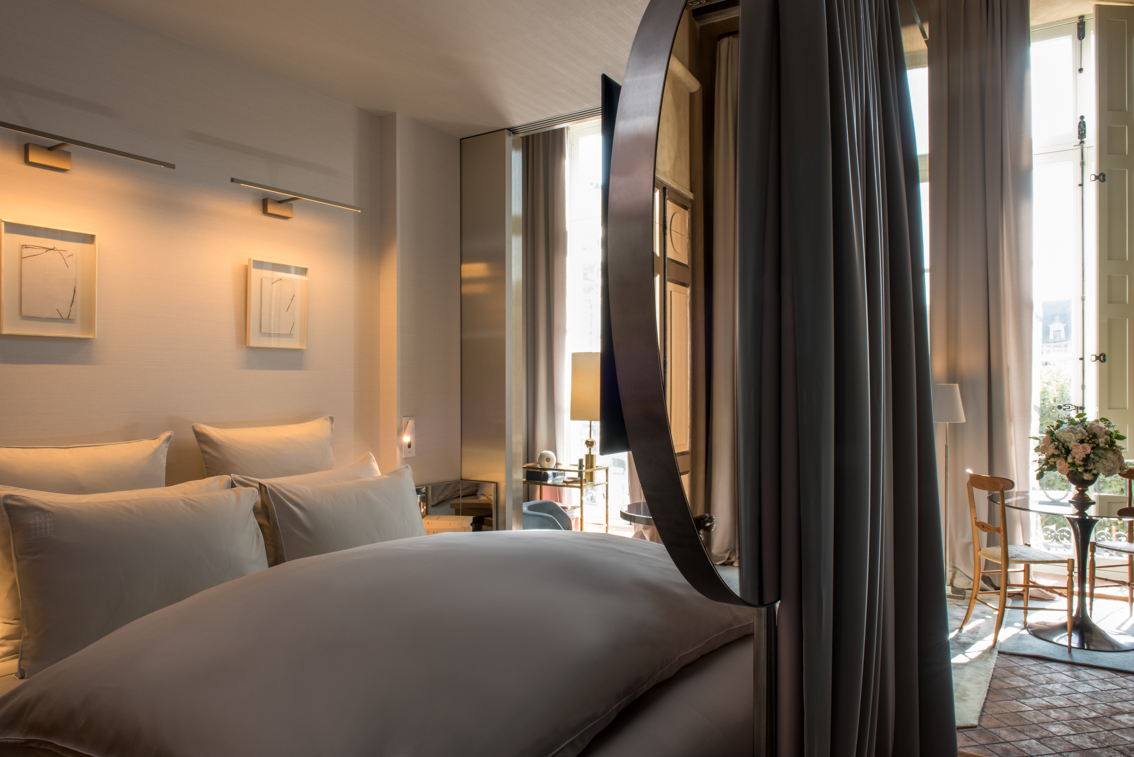 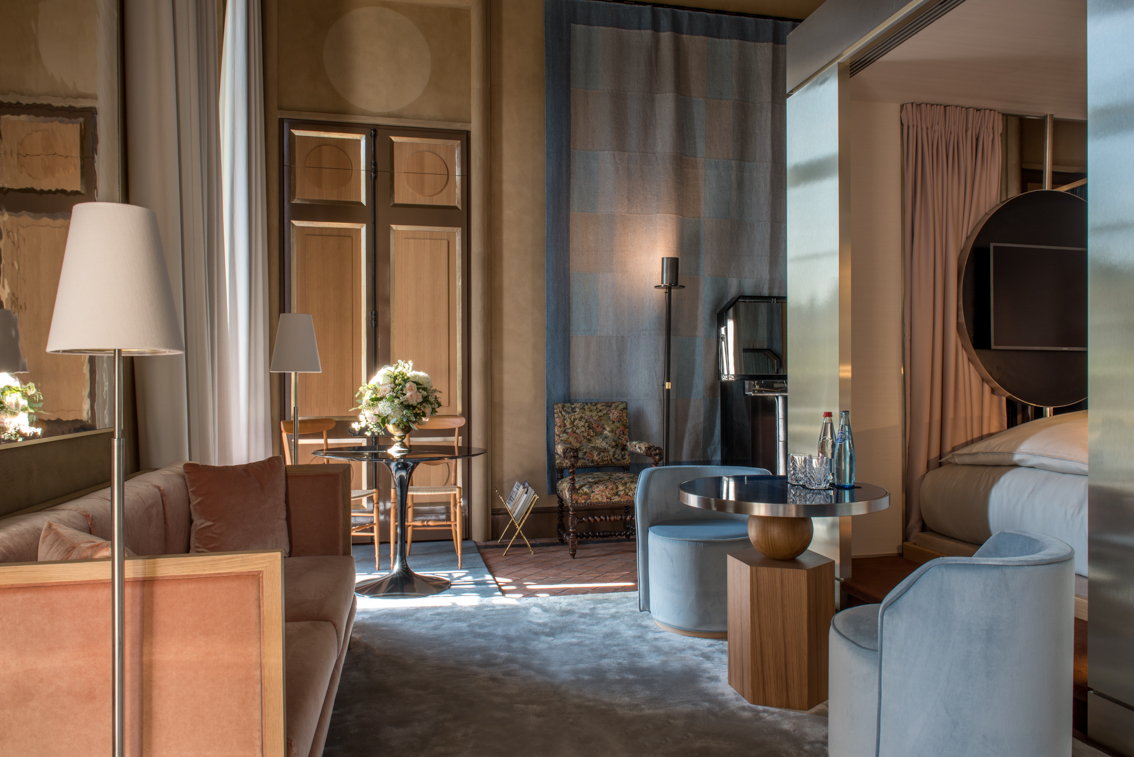 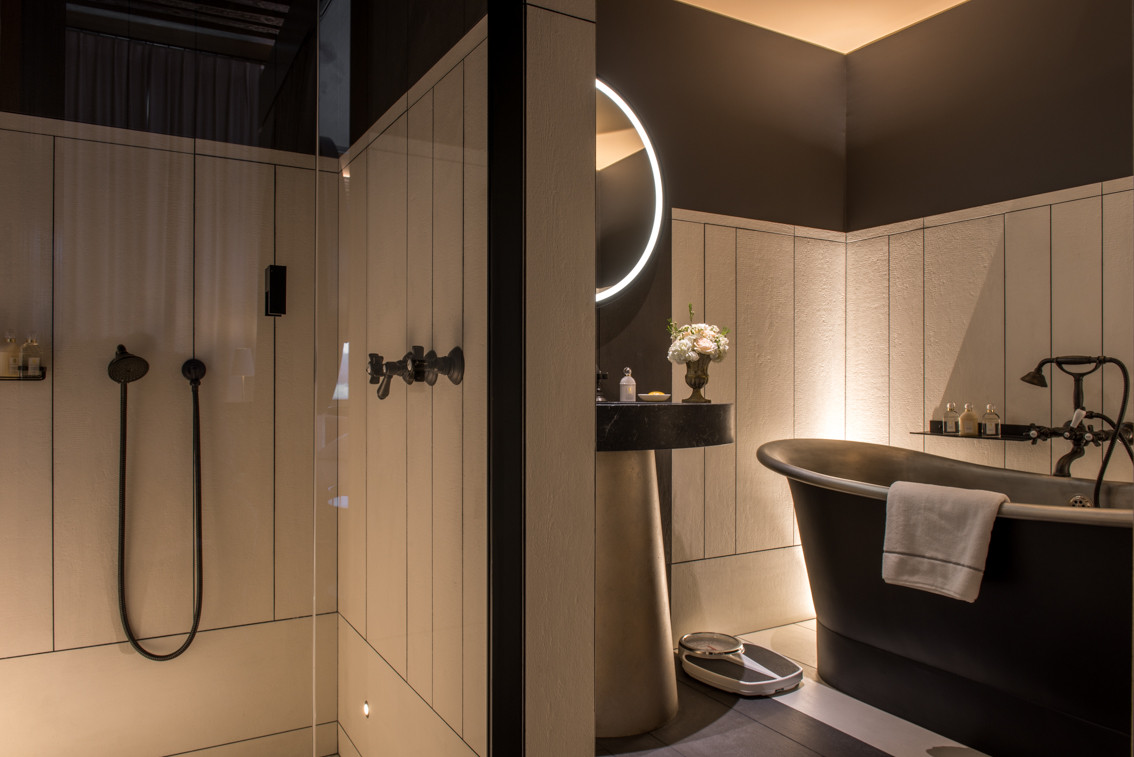 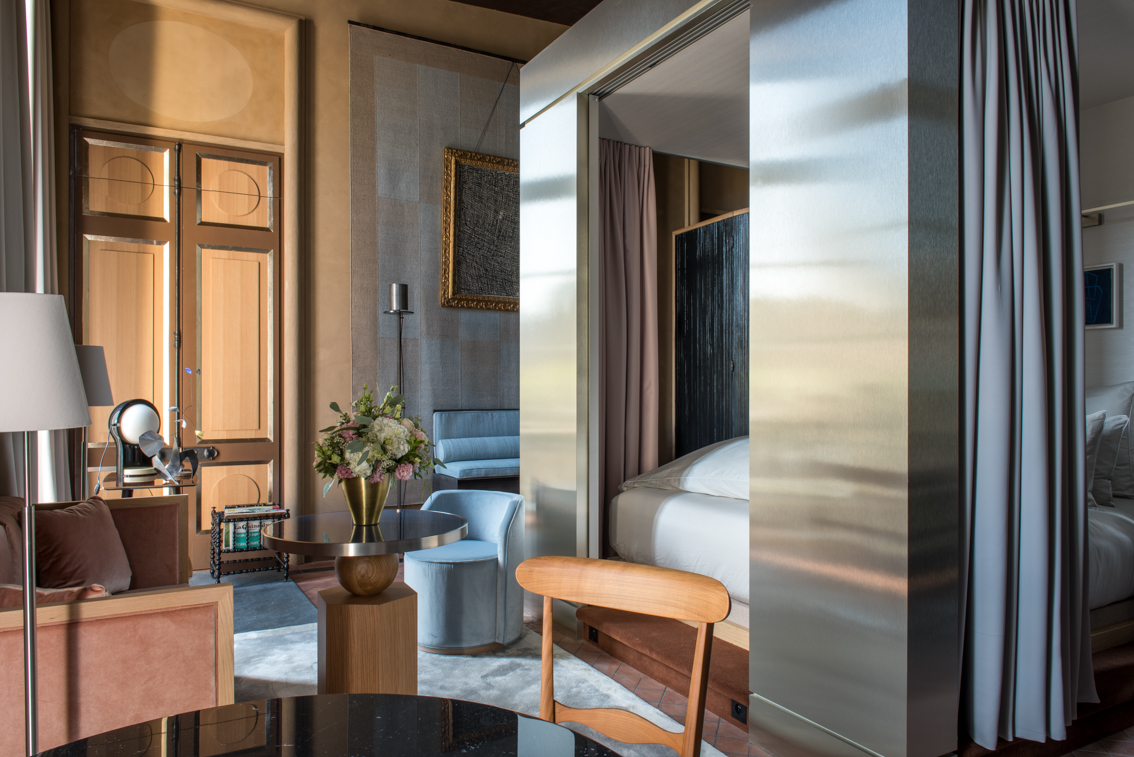 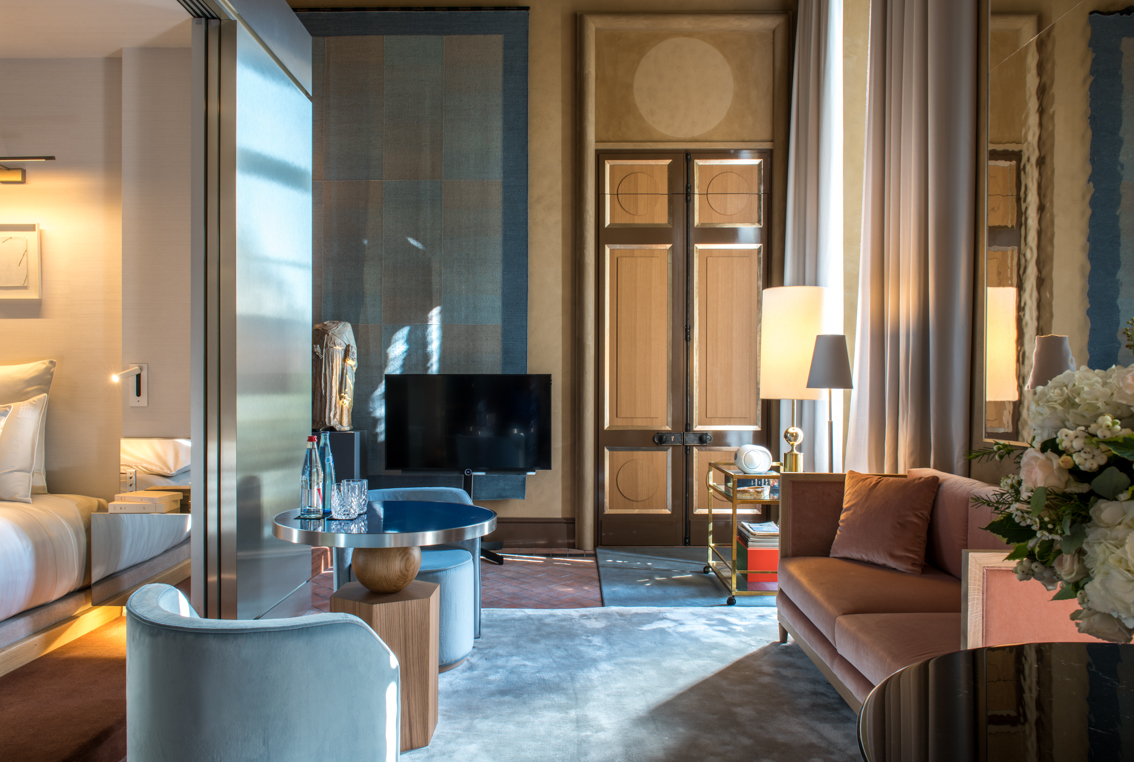 With its French royal past reverberating through its stone walls, La Cour des Vosges reinvents history.
Paris, Le Marais. In the regal surroundings of the famous Place des Vosges, EVOK makes time stand still by imbuing the national heritage site of the former Hôtel de Montbrun with poetry.
While respecting the period forms and volumes, the celebrated trees and arcades are admitted into the intimate environment of the rooms. All overlooking the Louis XIII gardens and the pink-brick houses with slate roofs, the twelve rooms and suites of this 17th-century residence now offer private spaces, a tearoom, and Roman baths, revisited over four floors by architects Lecoadic & Scotto to give a noble feeling of authenticity.
Parisians and passing visitors share in the spirit of the neighborhood and sense of calm intimacy, enhanced by the discreet excellence of the major-domo. At the top of the grand staircase, behind each door hides Renaissance grandeur, with listed painted ceilings and a unique décor in blue and pink pastel shades bathed in light and mystery. While secret doors and sliding walls structure the interstices of this understated and elegant well-being.
This impression of tranquility is continued by the confidential serenity of the Roman baths. Light refreshments are available at the Brach-La Pâtisserie tearoom and its terrace, inviting guests under the arcades to taste the creations of Yann Brys, Meilleur Ouvrier de France. 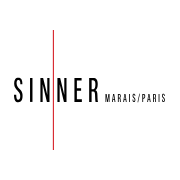 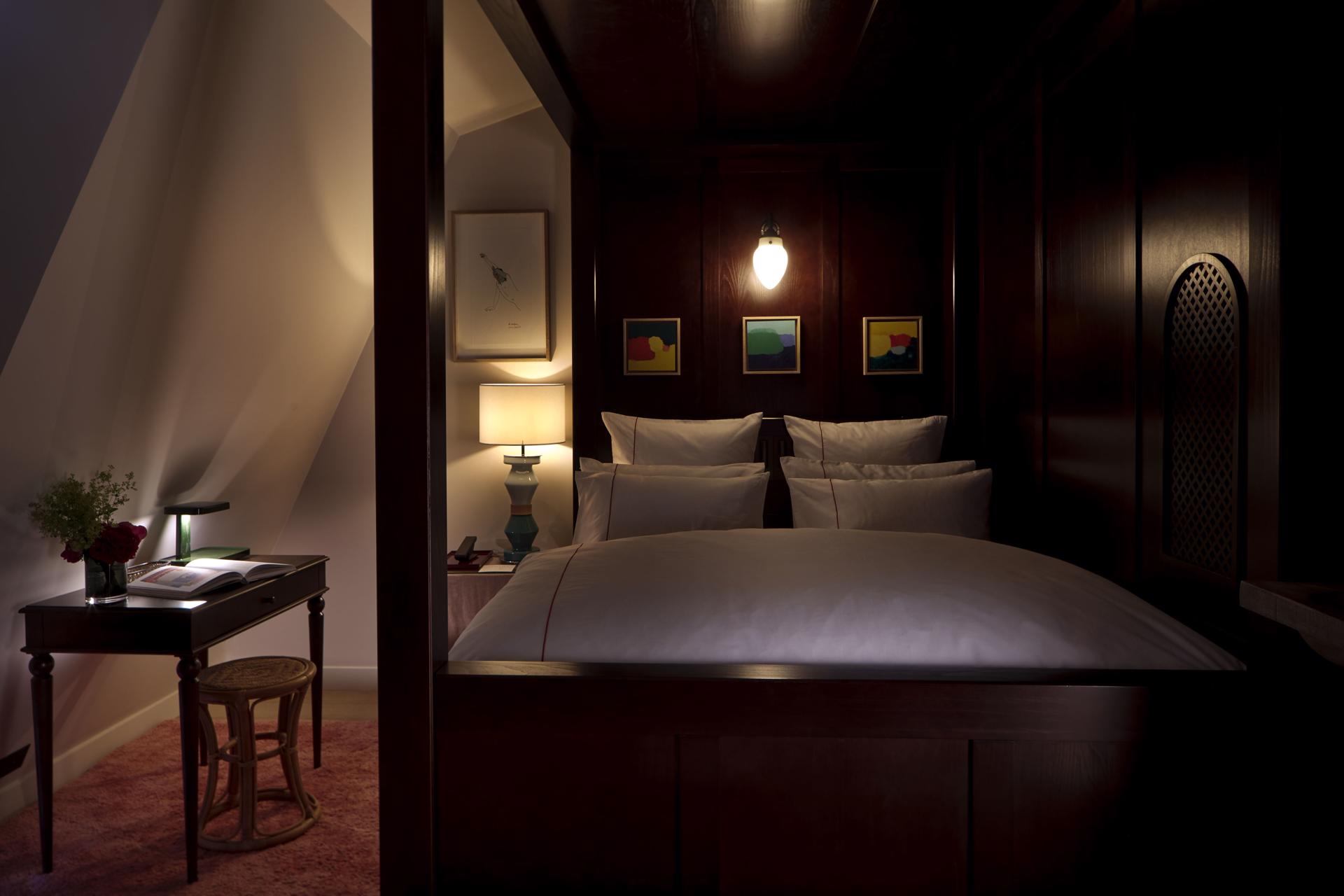 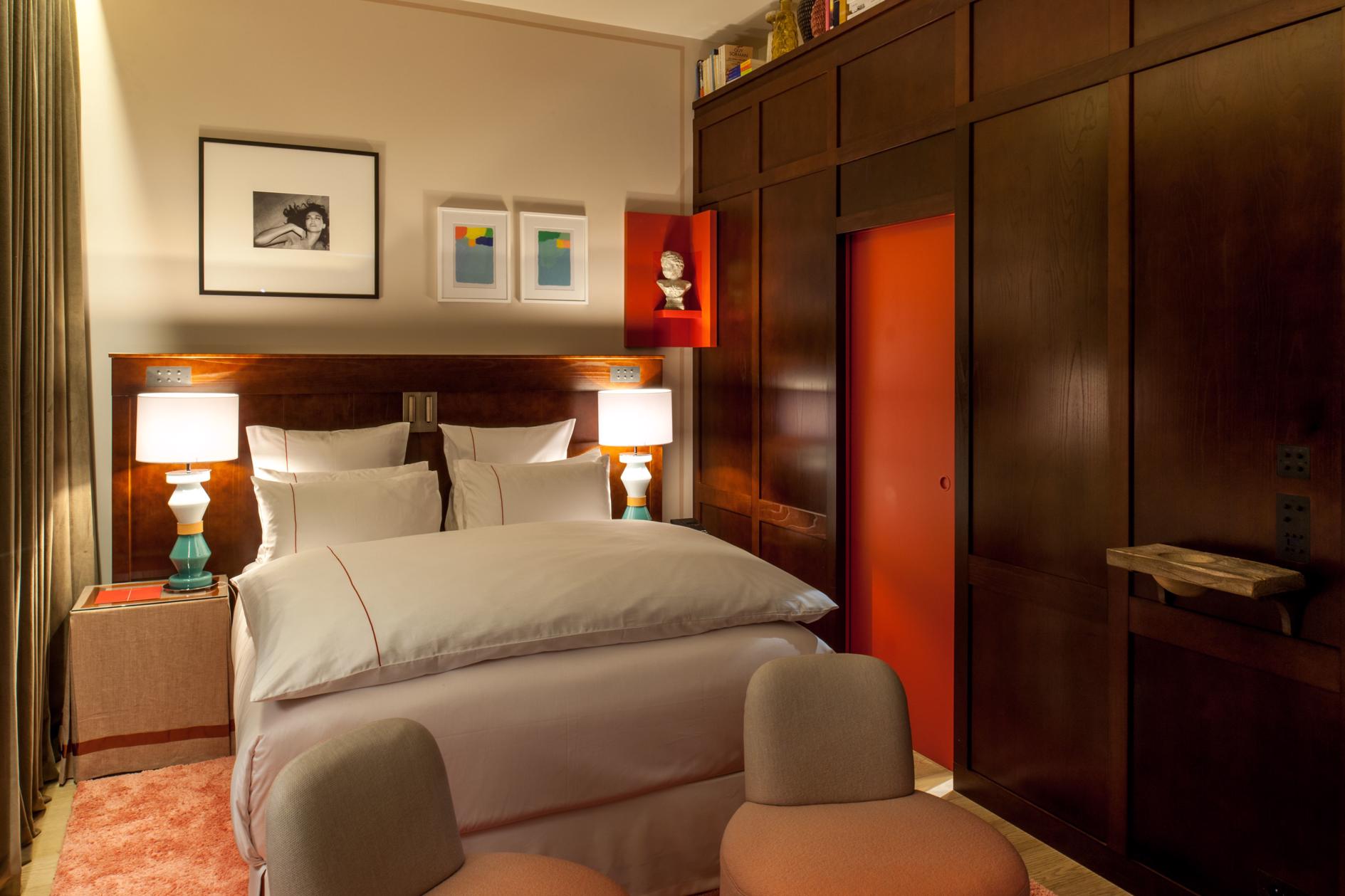 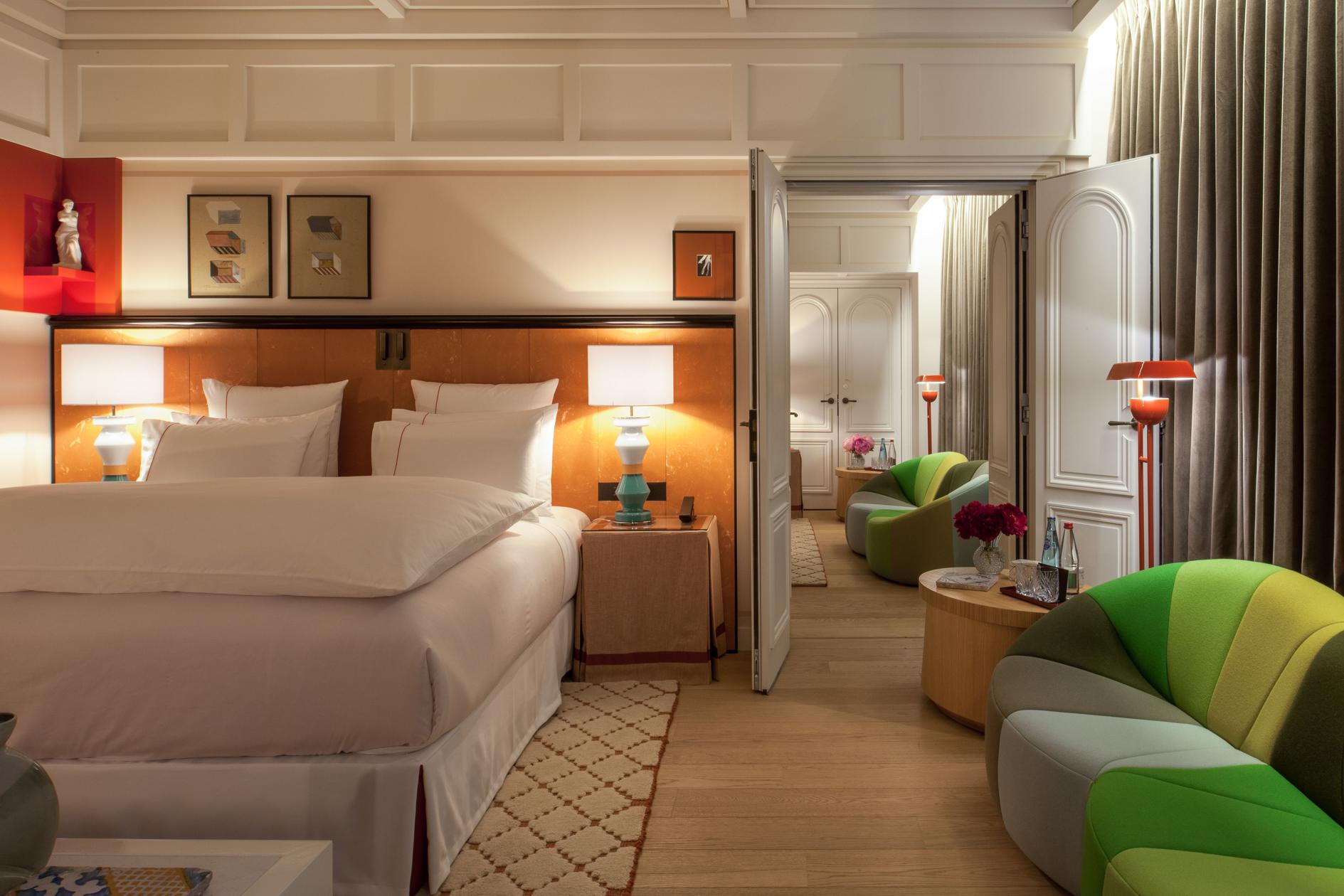 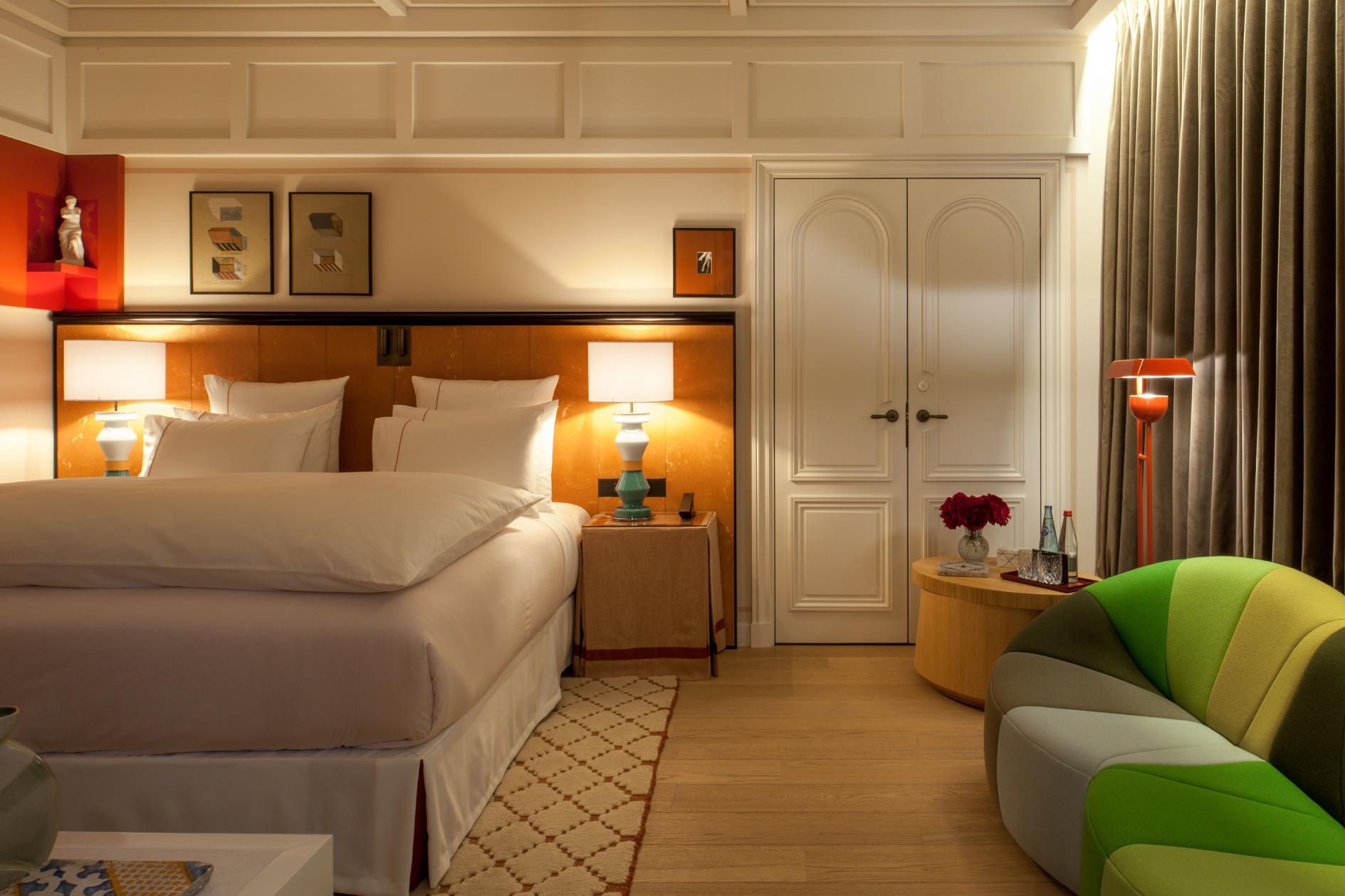 SINNER gives its own take on Parisian style.

SINNER is the first hotel in the Evok Hotels Collection to lay claim to a lifestyle of relaxed luxury. It demonstrates its intense personality by combining luxury hospitality standards with disruptive identity.

SINNER embraces an approach that was, until now, nonexistent at this level of service. Since boldness should never impede elegance. Above all else, SINNER brings to life a full-blown universe, which, along a path strewn with the unexpected, tames vertiginous sensations and a “je ne sais quoi” that others whisper about.

SINNER loves risk and embraces its image of a destination on the edge. The result is drawn from alchemy between an impudent vision and a neighbourhood no less so.

SINNER is to pique curiosity, to cultivate mystery while resurrecting the taste of forbidden and joyful freedom…

SINNER brings boldness and the ultimate sophistication straight to the gates of Le Marais.
SINNER is a location laden with many pasts. An area of multiple expressions among heritage, design and architecture. The temporal dimension, too, seems impossible to avoid delving into, especially for a designer who loves nothing more than a collision of eras. Le Haut Marais has its own ghosts – the Templars – and an architectural style unique in the world: arches, enfilades, cloisters and distinctive hotels… Tristan Auer emphasizes the volumes with his atypical, highly visual combinations.

SINNER immerses us in the past of this playground, transfigured from a marshland into ecclesiastical residences, before turning into an aristocratic neighbourhood, and today, one of the avant-garde.

Behind the unambiguous nod to religion, hinted by the side doors and stained-glass windows, hides something far more suggestive… Once inside, first, there is the shock of a raw, almost monastic aesthetic, quickly transformed into the tangible pulse of enfolding sensuality, insatiate fantasy. Wood, velvet, tonal depth, and secret life hide behind the apparent sobriety of the entrance. Paris is free here. With glamour, a sense of a party – reignited but away from prying eyes.

SINNER unveils the new Parisian chapter: a future homage to the incandescent hours, an aesthetic nod to happy days, the frivolity of the 70s.

SINNER does not “see” things the way everyone does, does not do what others do.